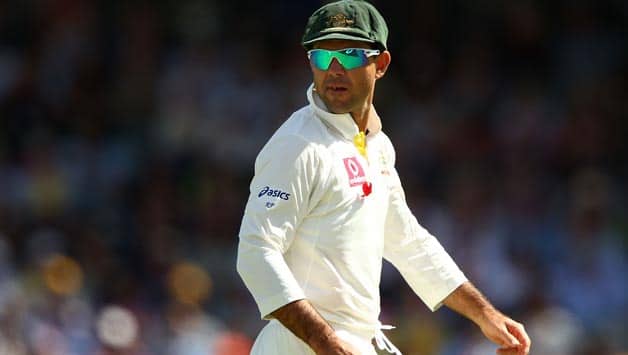 In an interview with The Australian published on Monday Ponting called on selectors to stop their search for a quick fix and realise that players such as Usman Khawaja and Phil Hughes must be nurtured and developed because they are the best available.

“I think everybody on the outside has been a little bit worried about what the next generation of players have got, particularly on the batting side of things,” Ponting said.

“Everyone acknowledges we have good depth of fast bowling, but where the next Michael Clarke is going to come from in the batting department is what everyone is concerned about.

“I don’t think it is as bad as a lot of people might believe, I think they have just got to decide who the six best batters in the country are and I reckon they have got to back them for a while and try and release some of the pressure on the guys when they go out to bat.”

Ponting used as an example the recent Ashes series in England when Shane Watson and Hughes batted in several positions in the order.

“That can’t be good for the individuals or everyone else because if those guys are moving so is everyone else,” he said.

“The lack of stability and the lack of confidence that some of our players have been taking, not just into each game but into each innings they play, that doesn’t make things any easier.”

Ponting, who is promoting his new book, At the Close of Play, also suggested Clarke’s captaincy was a work in progress.

“What I’ve said about Michael is that in his early days he probably didn’t have a very good understanding of what it took to be a leader or an integral part of the team, but I think what I have had to say is balanced,” he said of the man who succeeded him as Test captain.

“He’s just been a work in progress — he has been developing all the time.

“It has got to the stage now, and this is probably why he has had issues with blokes around the team over the years, is that when he was vice-captain he didn’t care enough about the team.

“But now he’s captain he understands he does need to have everyone on his side and in his corner and going in the same direction if he is going to have success.”

Following his retirement from international cricket last southern summer, Ponting watched as Australia disintegrated in India as players were dropped during the “homework incident”.

In a shambolic Test tour that Australia lost 4-0, Watson, James Pattinson, Mitchell Johnson and Khawaja were all disciplined by former coach Mickey Arthur after failing to submit feedback requested by team management. They were axed with Watson controversially sent home.

“I understand they were trying to make examples and draw a line in the sand to see who was on board, but there were better ways to go about it rather than publicly ridiculing the players the way they did, especially in the middle of an Indian series,” Ponting said.