Ricky Ponting, in an episode of the ICC Review said that Virat Kohli has had a great run for 10-12 years and a sudden dip in form is bound to happen as is the case with all great players.

New Delhi: Former Australia captain Ricky Ponting while drawing his own experience as a cricketer for Australia said that sometimes it is difficult for a player to understand whether he is mentally or physically tired and often finds a way to get back to training until he takes a break, adding Kohli‘s poor form would have happened at some stage, considering he has had a 10 or 12-year run where hasn’t had many down times.

“It (poor form) is going to happen to everyone at some stage. Virat’s probably had a 10 or 12-year run where hasn’t had many down times,” said Ponting in an episode of the ICC Review.

“But there was a lot of talk and conjecture around the IPL about how tired and burnt out he might be. That’s for him to work out and assess and find ways to improve, whether it’s a technical thing or a mental thing,” opined Ponting.

“I’m sure, being the absolute professional that he is, that he’ll work it out and work it out pretty quickly,” he added.

“So that might be exactly where Virat Kohli is at now, but I’m pretty sure he won’t stay down for too long,” he concluded. 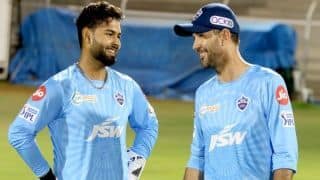