Former manager of the West Indies cricket team Ricky Skerritt was appointed as the Cricket West Indies (CWI) president after he defeated incumbent Dave Cameron 8-4 to secure the win.

Kishore Shallow, meanwhile, was appointed as the vice-president after he beat Emmanuel Nanthan by the same margin.

The elections were conducted via a secret ballot on Sunday and the proceedings were done under the watchful eyes of KPMG, an international audit firm.

Skerritt, who was deeply honoured with the appointment, said, I am humbled and deeply honoured to be elected as President. We pledge to work for improvement on and off the field for West Indies Cricket.

Shallow termed his win as a victory for the West Indies Cricket .

I am grateful and humbled by the support of the members of the territorial board. This is a victory for West Indies Cricket, said Shallow.

Skerritt’s predecessor Cameron was appointed as the board president in 2013 after he won against Julian Hunte.

Cameron also faced criticism for his involvement in the sacking of the then West Indies coach Phil Simmons in 2016.

Simmons, who was the coach of the team when it won the World T20 in 2016, then launched a legal action against the Cricket West Indies over his constructive dismissal.

As per the media release issued by Cricket West Indies, Cameron and Nanthan, meanwhile, said that they were happy to serve the West Indies Cricket.

“We were glad to be able to serve and proud of our achievements. We are happy that we left 123 players under contract. West Indies Cricket now has a home owned by the board at Coolidge Cricket Grounds. The world championships and bringing back the Wisden Trophy are also other achievements that we are proud of. More than anything else we have a fit youthful team that is prepared to face the world,” said the release. 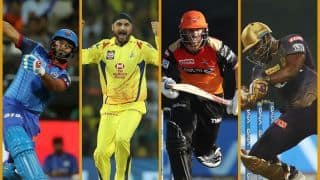