The series will be played to celebrate the occasion of Sri Lanka,s 70 years of Independence.

The Nidahas Trophy T20I tournament 2018 is all set to begin on March 6. The series will be played to celebrate the occasion of Sri Lanka’s 70 years of Independence. India and Bangladesh will be touring Sri Lanka for tri-series.

India having rested their senior players including Virat Kohli, Rohit Sharma will lead the team of youngsters. With MS Dhoni rested the selectors have given opportunity to Rishabh Pant and Dinesh Karthik. Pant who captained Delhi in the Ranji Trophy 2017-18 finals played some valuable knock in Syed Mushtaq Ali T20 tournament.

In an interview with The Indian Express Pant spoke about the time when he was dropped from the team and how he has improved on skills and fitness.

It was a little difficult

“It was a little difficult. The only thing running in my mind was how to make a comeback. Whatever I had been lacking, I didn t want to give any chance. Whatever chance I will get, just want to grab it. The only thing running in my mind is not to commit same old mistakes. Whatever weak points I had, I just tried to work on them, be it keeping, batting or fitness. I want to return much improved than the last time.”

Pant also revealed how hard it was to captain a side like Delhi and admitted that he doesn’t want to captain for another five years. He spoke about how he doesn’t focus on his comparison with Dhoni but cares more about his individual performance.

My job has always been to perform

“Captaining a team like Delhi is full of pressure. Now I won t do it, at least for the next five years. For me, it s important now to keep my focus. I will give more than 100 per cent. I want to concentrate more on my performance. I never thought, first of all. I played cricket with the sole aim of playing for India one day, for as long as possible. I never thought about the hype. My job has always been to perform.”

Pant spoke about how selectors were in touch with him assuring him comeback and how it motivated him. He also talked about proving his worth in the series.

“They are in touch with me. They have given me the idea how much more I have to improve. They keep telling me that I will get a chance. I feel this is a fantastic process. Probably, this is the first time selectors are in regular touch with players. When they speak to us, the motivation increases.”

“I will try to grab the opportunity. I want to contribute in a winning cause.”

India will face Sri Lanka in the opening match of the series on March 6 at R Premadasa Stadium, Colombo. 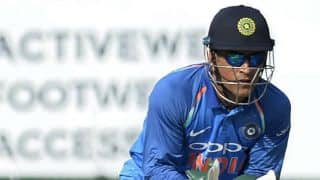 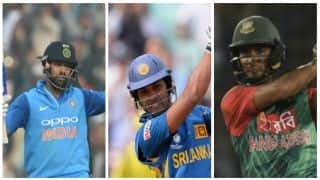