Rishabh Pant might have made a statement by his exponential stroke play with the willow. However, the same can t be said about his wicketkeeping skills. Pant, who hammered his maiden Test century at the Oval during India s tour of England this year, and nearly followed it up with another ton at Rajkot in the first Test against West Indies, falls few levels when he dons the keeper s gloves.

Pant conceded just six byes on debut, but since then his performance behind the stumps have dipped alarmingly. He gave away 30 byes in his second Test and a whopping 40 in the third. The 21 byes conceded in the Rajkot Test meant that he has let 97 byes slip through his grasp in only four Tests.

Keeping against spinners on Indian surfaces is always a daunting task and it can t get more challenging than this. You need to pick things up from here, he said.

Dasgupta believes that overtime Pant will live up to expectations behind the stumps. You have to treat him well. He has had an early start and you need to give him a longer rope. You just can t make him sit out if he fails in one or two occasions, he said.

Rishabh is young, so it is important that he is properly guided and is given the time. You cannot afford to just pick him suddenly and drop him after a few matches. If you are looking at the longer run, then you have to be patient with him. 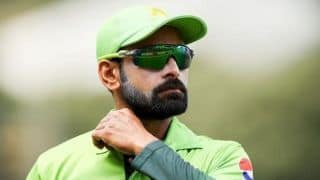 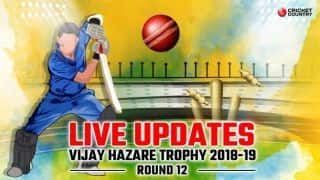