Indian wicketkeeper-batsman Pant has been facing a lot of criticism for his batting form and poor shot selection.

Former India skipper and one of the finest batsmen to have ever graced the game, Sunil Gavaskar, on Sunday suggested that the Indian team management should think of using Rishabh Pant at number five instead of using him at number four.

The wicketkeeper-batsman has come under scrutiny in recent times following his poor run of form and shot selection.

The recent being his batting performance in the second T20I against South Africa in Mohali on Wednesday.

Gavaskar said that batting at number five will help Pant’s aggressive approach. “Giving him a bit of breathing space by slotting him at No. 5 could also help, for at that number he will invariably come in to bat where his aggressive batting is needed from the start rather than when he has to build his and the team’s innings,” Gavaskar said in his column in Mid-Day.

ALSO READ: There’s some unnecessary pressure put on Rishabh Pant, he has the potential to win games for India: Ajit Agarkar

Gavaskar also said that more than form, Pant’s lack of runs is a case of “wrong shot selection”. However, Gavaskar made it clear that the left-hander should play the way he knows.

“In Pant’s case, it’s more of a case of wrong shot selection than anything else. People talk about him getting out to the first ball in Trinidad (during India’s previous series) but those same people were wah wahing (praising) his audacity in hitting the second ball he faced for a six in his debut innings (in Tests). So the young man has to bear in mind the fickle nature of the Indian fans and play the way he knows,” said Gavaskar.

“With experience he will be better at shot selection and will be more consistent but right now he needs a hand around his shoulders rather than a public dressing down. The most important thing for the young man to understand is that he has to play according to the situation and not according to the expectations of the public,” added the former India opener.

“The talented young man is going through the second-season blues which most players go through. In the first season there’s not that much information about the player and so he can sail through without much difficulty but by the time the second season starts, there is more data and info available not just through the recorded matches but also through the cricketing grapevine. So the opposition is better primed,” concluded Gavaskar. 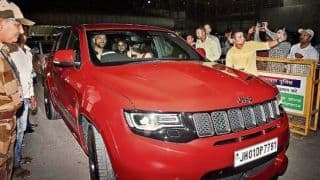 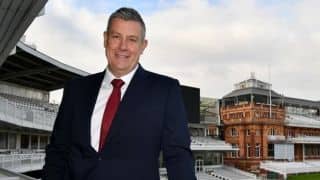