Mumbai:  Young wicketkeeper batsman Rishabh Pant has been signed up by sports management company, Professional Management Group (PMG) in a five-year deal for an undisclosed fee. Pant, who played a pivotal role for the Indian Colts in the recently concluded ICC U-19 World Cup, has been gaining great momentum in his rise and was also bought by IPL franchise Delhi Daredevils following his U-19 success. The deal will see PMG manage the 18-year-old Pant’s endorsements and brand associations, corporate profile, patents and digital rights, and PR duties, a PMG release said today. ALSO READ: ICC Under-19 World Cup 2016: India unearths its next generation of superstars

“Rishabh is an excellent addition to PMG’s team. We believe that he along with Sarfaraz (Khan) is the future of Indian cricket and we at PMG will offer them all the support required to help them in their transition from junior to senior cricket smoothly. Identifying and signing young talent is a part of PMG’s future strategy and we are very happy that Rishabh has agreed to partner us in our vision,” said PMG’s COO, Melroy DSouza.

Pant had recently starred in the semi-final of the U-19 World Cup with a century, guiding India into the final. In the same tournament, he also scored the fastest fifty at the U-19 international level, bringing up the milestone in just 18 balls.

Pant had been sold to the Delhi Daredevils (DD) in the 2016 Indian Premier League (IPL) Auction in Bengaluru last month. He has been a sensation for the under-19 team, especially being a batsman as he has the ability to bat steadily and can play big knocks along with some real big hitting, that makes him a perfect player for the T20 format, as he fetched Rs. 1.9 crores from DD. 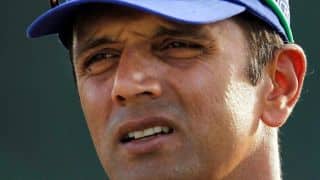