Pant revealed that he plans on working towards keeping wickets effectively in order to prepare for the Test series against West Indies.

Rishabh Pant is keen on fine-tuning his wicketkeeping skills ahead of the West Indies series. The 20-year-old, who made his Test debut in England, revealed that he plans on working towards keeping wickets effectively at the National Cricket Academy in order to prepare himself for the Test series against West Indies in October.

“In India, the wickets are expected to be different from England or may be like the one at The Oval. I plan to visit NCA before the series and keep on tracks where there will be roughs,” Pant told PTI during an interaction.

“I am very happy that he (MSK Prasad) wants to help me out with my keeping. As a youngster, it is my duty to keep learning, improve at every given opportunity. That should be my endeavour.”

Pant added that having kept wickets to R Ashwin and Ravindra Jadeja during the England series has helped his preparations. Pant had kept wickets to Ashwin in the third and fourth Tests, before India replaced the offspinner with Jadeja in the final game at the Oval.

“I have kept up to senior spinners (Ashwin and Jadeja) in the nets apart from the Tests in England. Like Oval strip, where Jaddu bhai was bowling, it felt like an India pitch. The ball was turning and on fourth and fifth day, there were spots,” he said.

However, Pant s performance behind the wicket against the moving ball remains a concern. In the six innings that he kept wickets, Pant conceded an alarming total of 76 byes even though approximately 20-25 runs weren t his fault.

“Obviously, you can get frustrated as a wicketkeeper. May be (all those byes) was not my fault but if someone is not watching the match, he would look only at the scorecard. Only those who saw the match would know that some of those were out of my reach. Now on this issue, I can’t debate or even reason with people whether I conceded those byes or not. It was part of the game,” he said.

“You need to cut down the angles (positioning) in England but then Indian pacers are a bit different from English pacers. The pace of our bowlers is more than English seamers. All our bowlers (Ishant Sharma, Jasprit Bumrah and Mohammed Shami) consistently clock 140 plus and at that speed the ball comes with a wobbly seam once it leaves the stumps. I gave my hundred percent. But some of it was beyond my control and I would rather not speak about it.”

But despite the few blips behind the stumps, Pant ended the England tour with a maiden century in Tests at The Oval. In a losing cause, Pant and KL Rahul put on a 204-run partnership with both scoring hundred, that gave India some positive to take away. Pant reached his century with a six, making him the first Indian wicketkeeper to score a hundred in England.

“My mindset has always been same for every match that I play. In the first two Tests, I got starts but couldn’t capitalise on those starts. That day, I did the same things but I capitalised on the chances and was a bit more disciplined in my approach. The result was a good partnership with KL Rahul,” said Pant.

Pant will now shift focus to the Vijay Hazare Trophy that starts on Thursday where he will be representing Delhi. Their first game is against Saurashtra on Saturday at the Feroz Shah Kotla stadium.

“When you come back to national level after performing at the international level, you certainly carry some confidence. Every match that I play, my focus is to play with hundred percent intensity unless I am injured,” Pant said. 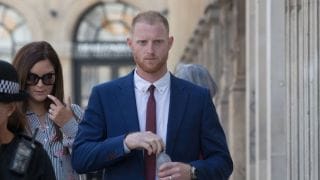 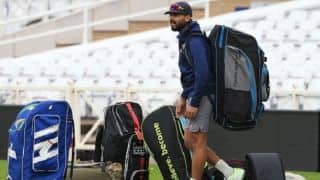