Rishi Dhawan’s consistent performances over the years have helped him earn a spot in the One-Day International (ODI) squad of team India for the India vs Australia series starting from January 12. He had won a chance in the India ‘A’ team for the Quadrangular series in Australia where Dhawan proved his performance when he won the final with an unbeaten 56 and match winning stand of 93 for seventh wicket with Akshar Patel in pressure situation last year. Dhawan, who started as a top-order batsman, is the second highest wicket-taker for his state. READ ALSO: Rishi Dhawan keen to match his domestic performance in tri-series

He has scored triple century in the Cooch Behar Trophy and is only behind Vikramjeet Malik in all time wicket-taker for Himachal Pradesh. The 25-year-old has been the highest wicket-taker over the last four seasons of Ranji Trophy and is close to achieve his dream of representing his country. He told Times of India, “It’s great feeling to be part of Team India. To be among the best 15 in the country is special. I feel my performances in the domestic circuit have been recognized. I will try my best to justify my selection. International cricket is the toughest test but I feel I am better prepared now.”

India have been struggling for a while without a genuine all-rounder for a while, while MS Dhoni has been stressing on having an all-rounder as an advantage for India. Dhawan averages over 40 in First-Class cricket and he is close to 40 in List A with an impressive strike rate of 94.69. His average with the ball in First Class is 25.79 and 31 in List A. READ ALSO: India’s squad for Australia features bold decisions that hold the promise of paying off

Dhawan said, “I consider myself a genuine all-rounder. I have batted at the top in junior cricket and this season, I started batting in the middle-order. This is giving me more opportunities to prove myself with the bat. I am ready for any role my team wants me to perform.” At the same time, Dhawan has faced a lot of criticisms that he manages to take wickets only in helpful situations. Dharamsala, home ground of Dhawan, offers plenty of opportunities for pacers, but he is looking beyond that, “You only get to play half of your matches at your home ground. See, my job is to perform. I have bowled in all kinds of conditions.” 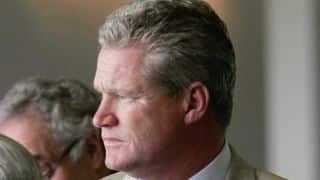