Himachal Pradesh all-rounder Rishi Dhawan was a disappointed man when he found out that he did not find a mention in the Rest of India (ROI) team that will take on Ranji Trophy 2013-14 champions Karnataka in Bangalore from February 9.

A berth for the Irani Cup is usually a reward for performers of the season. This year, too, the squad came out on predictable lines. However, selectors missed out on one such player who was the highest wicket-taker in the just-concluded Ranji Trophy.

Dhawan took 49 wickets from eight games this season. Besides, he also showed his all-round skills by scoring 435 runs that included five half-centuries.

“Yes, I am disappointed,” Dhawan told DNA, “It depends on the selectors, not me. My job is to go out there and perform. Whenever they feel that I am ready, they will select me.”

Dhawan, who made his first class debut in 2009, was happy with the way he performed this season. “It was a good season with the bat and ball. I would like to continue the same way,” he said.

What different did he do this year to get those wickets in bulk? “It was better than last year. The more I play, the better I learn and get experience. I kept trying and hence got the results,” he said.

Dhawan’s strength has been his ability to swing, “Swing is my strength and can move the ball both ways,” added Dhawan.

The 23-year-old impressed everyone during his stint with Mumbai Indians last year and he would like to continue in this India Premier League (IPL) too. “I will take things match by match. I had a great season last year and would look to improve upon it,” Dhawan added. 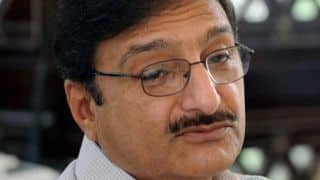