According to reports, the 20-year-old cricketer is line for talks with IPL franchises ahead of the 2019 season.

A string of match-winning contributions for England in each of his three Test matches against India this summer has apparently put young allrounder Sam Curran at the forefront of heightened interest from several Indian Premier League (IPL) franchises.

As reported by The Guardian, the 20-year-old Surrey cricketer is line for talks with IPL franchises – including the Virat Kohli-led Royal Challengers Bangalore – ahead of the 2019 season.

Curran, who made his Test debut against Pakistan in June, has made a stunning impact in England s series win over India. In three Tests, he has scored 251 runs at an average of 50.20 and taken eight wicket at 23.37 apiece.

In the first Test at Edgbaston, Curran scored 24 and 63 and claimed to five wickets to fetch himself the Man-of-the-Match honours. He had little to do in the win at Lord s, where he bowled 15 overs and took one wicket, but did make another good account of himself with 40 in England s only innings. Dropped for the third Test as Ben Stokes returned, Curran was jettisoned into the XI for the fourth Test at The Ageas Bowl and scored 78 and 41 to go with the wickets of Kohli and R Ashwin as England claimed the series.

This has reportedly attracted the interest of some IPL franchises, which given the England & Wales Cricket Board s relaxed stance towards the lucrative T20 league this year could put Curran in line for a hefty paycheque should be put choose to add his name into the mix.

The 2019 IPL runs from March 29 to May 19, which clashes with England s limited-overs series with Pakistan starting May 5. The 2019 ICC Cricket World Cup also gets underway in early June, which means that England would want to have Curran available should be fit into their plans before that.

Curran has played just one ODI so far, but there is reason to believe that England will give him more opportunities after his Test success against India. His older brother Tom was one of several England cricketers to feature in the IPL this year. 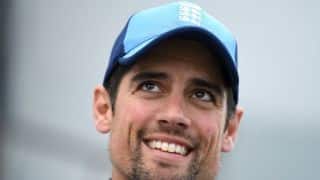 I became the best I could become: Alastair Cook