Catch the live cricket score of Rising Pune Supergiants vs Mumbai Indians in Match 29 of Indian Premier League 2016 at Pune on Sunday.

Rising Pune Supergiants (RPS) face off against Mumbai Indians (MI) in Match 29 of Indian Premier League (IPL) 2016 at Pune on Sunday. This will be the final match of this IPL in Maharashtra, and it is fitting that it will be played between the two teams hailing from the state. This is a replay of the opening match of IPL 9, which saw RPS obliterate MI and win by 9 wickets. Ajinkya Rahane scored a fluent half-century after the bowlers combined to keep MI to a small total. Since then neither team has managed to build substantial momentum, with MI currently placed at No. 5 on the points table and RPS positioned after them. FULL CRICKET SCORECARD: Rising Pune Supergiants vs Mumbai Indians, IPL 2016, Match 29 at Pune

MI are well placed to make the final four, but the same cannot be said of RPS. This is largely due to the fact that RPS have been hampered severely by injuries to a bulk of their major players. Kevin Pietersen and Faf du Plessis were already out of action, but it was announced earlier in the day that even Mitchell Marsh will have to miss out the rest of the tournament due to injury. Usman Khawaja has been called up to the RPS team but is currently facing visa issues so may not be able to take part in the next couple of games. FULL CRICKET BLOG: Rising Pune Supergiants vs Mumbai Indians, IPL 2016, Match 29 at Pune 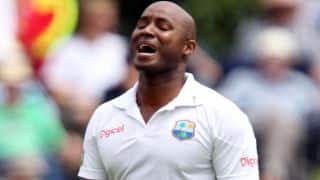