The Feroze Shah Kotla track came in for heavy criticism from Karnataka skipper Robin Uthappa, who dubbed the wicket unsuitable for one-day cricket after his side lost the Vijay Hazare Trophy quarterfinal match against Mumbai by nine wickets on Tuesday. 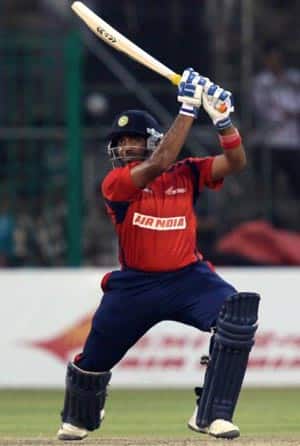 Robin Utthappa said the ball was initially seaming then started stopping but once it dried up, some balls started skidding through AFP

The Feroze Shah Kotla track came in for heavy criticism from Karnataka skipper Robin Uthappa, who dubbed the wicket unsuitable for one-day cricket after his side lost the Vijay Hazare Trophy quarterfinal match against Mumbai by nine wickets on Tuesday.

“It seems like two different wickets. In the morning, it was difficult to bat on and the same track in the post-lunch session became like a cement wicket. For a four-day game, it’s a good challenging wicket as it offers something for the pacers in the morning and then it becomes little easier to bat on but for a one-day game, I have my doubts,” said Uthappa.

“The ball was initially seaming then started stopping …the wicket was basically sticky. Once it dried up, some balls started skidding through, some balls were stopping so it was a two-paced wicket.

“After a point…let’s say 30 overs, it kind of evened out a little more, slightly easier to bat on and in the afternoon, it became very easy to bat on,” he said.

Mumbai restricted Karnataka to 178 for nine in their stipulated 50 overs and then Wasim Jaffer (68) and Ajinkya Rahane (71 not out) ensure Mumbai’s passage to the semifinals after spanking Karnataka by nine wickets.

The skipper admitted that he would have also loved to field first going by the two-paced nature of the surface.

“In one-day games, you don’t like the match to be decided by the toss. We also wanted to field first. It should be competitive, I think we can get better wickets,” he said.

Uthappa, who scored a 33-ball 30 as an opener, said the wicket should not make the match a one-sided affair.

“In one-day cricket, you have to play shots and it was quite difficult on this track. Yesterday, I saw how Delhi bowled in the morning and when Assam bowled in the afternoon.

There was a little bit difference. I expected the wicket to change today after some point of time and it certainly did but not the way I thought of.

“The match should not be one-sided. I knew this wicket was a difficult one to bat on first but it became too easy to bat on in the second half. The wicket should be competitive, challenging,” he said.

“The toss was very crucial and the bowlers bowled really well. It looked completely different from what we played in the morning. It became good to bat on later on.

“On a wicket like this, anybody who wins the toss, wins the game. We don’t want wickets that make the game one-sided.

You don’t want toss to decide the outcome of the match. As long as it plays even throughout, it’s a good thing. You don’t want one-day games to be played on a surface like this.”(PTI)