After a tight spell of bowling from seamer Arundhati Reddy had kept Sri Lanka to 131/8, Rodrigues second half-century got India women home.

India took an unassailable 2-0 lead in the three-match T20 series against Sri Lanka, led by a sparkling half-century from Jemimah Rodrigues. Her 57 off 40 balls helped India overhaul Sri Lanka s target of 132 with five wickets and ten balls to spare. With that India have taken an unassailable 2-0 lead in the five-match series. After a tight spell of bowling from seamer Arundhati Reddy had kept Sri Lanka to 131/8, Rodrigues second T20 half-century got India women home.

India had lost opener Smriti Mandhana early, after which Mithali Raj was joined by Rodrigue, but the departure of the Indian captain and Taniya Bhatia meant that Rodrigues was in company of Harmanpreet Kaur, and the two batters combined for a 53-run stand for the fourth wicket. Rodrigues had a reprieve when she was on 19. She stepped out to hoick spinner Sugandika Kumari but the wicketkeeper Dilani Manodara failed to collect the ball cleanly. After that, she mixed aggression with caution and rotated the strike while getting the occasional boundary.

Harmanpreet struck two boundaries and a six to go to 24 of 18 but perished at long on, but Rodrigues went into overdrive as India began closing in. She reached her half-century and brought the equation down to 19 off 25 before being dismissed. Veda Krishnamurthy and Anuja Patil then knocked them off without much fuss.

Earlier, three Sri Lankan batswomen had got starts. Chamari Atapattu, before dismissing both Harmanpreet and Rodrigues, struck three boundaries and a six en route to a 32-ball 28 and Shashikala Siriwardene and Nilakshi de Silva contributed with 35 and 31, but the lack of a formidable partnership hurt Sri Lanka. Reddy provided India an early breakthrough when she cleaned up opener Yasoda Mendis and followed it with the wicket of Siriwardene. In addition to it, Reddy also held on to a good catch of de Silva and also affected Eshani Lokusuriyage s run-out.

Player of the match, Rodrigues emphasized the need for India to stage a vital partnership. “I was just looking to build a partnership with whoever was at the other end,” she said after the match. “Today’s wicket wasn’t such an easy wicket to bat on – it was on the slower side. It’s always good to get a personal best score, but I know I should have finished it off today – there were hardly 20 runs to get. But the innings has boosted my confidence a lot.” 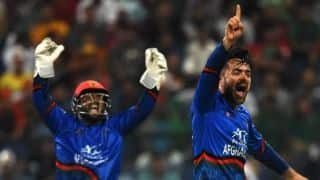 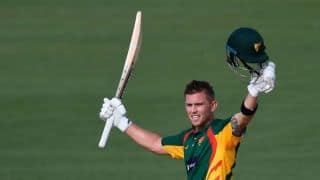