Federer had personally invited Sachin for his ITPL match vs Rafa Nadal in Delhi.

Sachin Tendulkar’s fan fare is not restricted to Indians; the list also includes the Tennis legend Roger Federer. The Swiss who was in India recently for the International Tennis Premier League (ITPL) admitted that he always chooses Tendulkar as his batsman whenever he plays a cricket video game. “Sachin Tendulkar is the Indian sport person I admire the most. I met him when he visited Wimbledon. He was a lot of fun to talk to – and he is a legend. Whenever I play cricket video games, I always pick Sachin as my batsman,” Federer added. It is the vice-versa in Tendulkar’s case as well. The Indian cricketing icon often visits Wimbledon to watch Federer play live. READ: Sachin Tendulkar feels India can make impact on world football

According to Times of India, the Tennis star had personally invited the Little Master for his fixture against Rafael Nadal. The Rafa-FedeX rivalry in Tennis is loved by all the Tennis fans across the globe. While Federer represents UAE Royals, Nadal has been teamed up with the likes of Sania Mirza and Rohan Bopanna in the Indian Aces, who are also the defending champions. However, despite being personally invited by Federer, Tendulkar could not make it to the event on Saturday in Delhi.

Indian Aces thrashed UAE Royals by 30-19, with Nadal being the hero at the end of the day with a superb victory in the singles set against Federer by 6-5. After having their points tied at 5-5, Nadal sealed the match in style by winning the shootout by 7-4. Tendulkar’s support automatically would go to Federer in this contest who ended on the losing side but eventually entertained the crowd at the Indira Gandhi stadium with some superb Tennis and the their gentlemen characters that won a thousand hearts, once again! 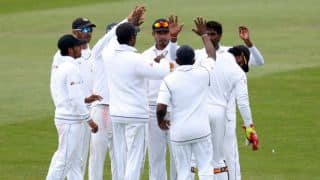