Rohan Gavaskar made his international debut ion 2004, but couldn't make a lasting impression.

Sunil Gavaskar’s son, Rohan Gavaskar didn’t have a fruitful international career. He was a part of India‘s famous tour of Australia in 2003-04, but couldn’t make a lasting impression. Nonetheless, he continued to be a part of the game by featuring as commentator (in IPL 2013). He even appeared in few episodes for StarSports’ Star Power and NDTV’s sports show. On Monday, Rohan became the centre of attention by virtue of his tweet; including Sachin Tendulkar and Virender Sehwag.

The younger Gavaskar took a sarcastic jibe at himself through this tweet. Rohan’s photo caption suggested that there are three great Indian openers in the picture, Tendulkar, Gavaskar (pun intended) and Sehwag. He funnily wrote Two (Sachin and Sehwag) in cricket and one in bottles.

However, there is more to the tweet if one observes closely. Yes, it is a sarcastic comment made by Rohan on himself. But ironically, it is Sehwag who is posing with a bottle. So is the humorous jibe on Sehwag?

Kuddos to Rohan for his tweet. It surely keeps the viewers engaged and perplexed at the same time. 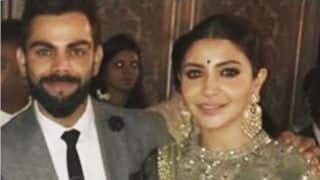 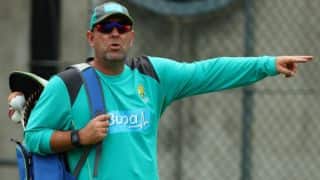 The Ashes 2017-18: Adelaide has the fastest track in Australia, opines Darren Lehmann