Rohit Sharma has lost only one match in T20Is as captain of India since taking over the reins from Virat Kohli World Cup. The remarkable win in the second T20I match was his 14th win on a trot.

Taunton: The captain of the Indian cricket team, Rohit Sharma failed to break former Australian captain Ricky Ponting’s record of most consecutive wins in men’s international cricket. Ricky Ponting won a total of 20 matches in a row as the captain of the Australian Cricket team in 2003, while the Indian captain managed to win only 14 matches in a row from 2019 to 2022 after losing to England in the third T20I game of the three-match series at the Trent Bridge in Taunton. However, Rohit Sharma is still the only captain in the history of T20I cricket to have won 14 matches in a row.

Rohit Sharma has lost only one match in T20Is as captain of India since taking over the reins from Virat Kohli after the T20 World Cup 2021. The remarkable win in the second T20I match of the series was his 14th win on a trot most by any captain in the history of T20I cricket.

The 34-year-old started the 14-match winning streak with the series against Bangladesh before defeating New Zealand, West Indies, Sri Lanka and now England.

Rohit Sharma would be disappointed that he wasn’t able to break Ricky Ponting’s record and do a clean sweep against England in the T20I series. India lost the match by 17 runs as they failed to chase down a massive target of 216 runs in 20 overs. Jos Butler opted to bat first after winning the toss and England batsmen didn’t disappoint him. They performed brilliantly during the innings and found boundaries at regular intervals to score a big total.

India only managed to score 198/9 in 20 overs courtesy of a remarkable century by Suryakumar Yadav. 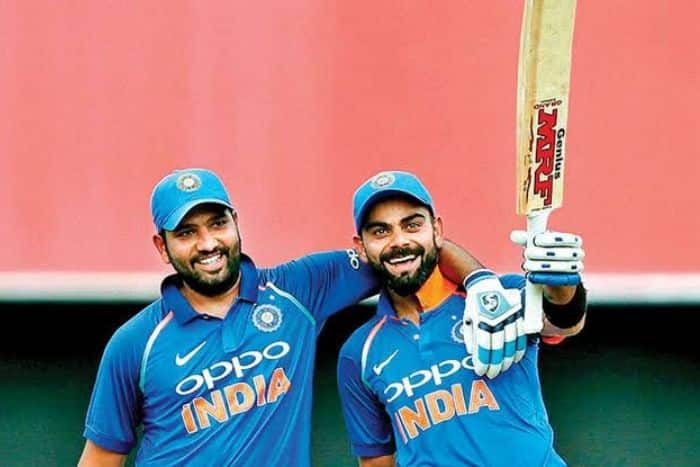