Rohit Sharma amassed his third double-century in the just-concluded ODIs versus Sri Lanka.

India‘s stand-in limited-overs captain, Rohit Sharma, has attained career-best ICC ODI rankings for batsmen. Following his third ODI double-ton the only player to achieve to do so Rohit moved ahead of Joe Root and Quinton de Kock to earn the No. 5 spot. Meanwhile, Virat Kohli continues to lead the list, followed by AB de Villiers, David Warner and Babaz Azam respectively. In the bowlers’ list, Hasan Ali spearheads the chart. He is followed by Imran Tahir and Jasprit Bumrah. In addition, Yuzvendra Chahal and Kuldeep Yadav are placed at the 28th and 56th spot respectively.

Rohit got a chance to lead the national side in the three ODIs versus Sri Lanka. However, he failed both as skipper and batsman when India were folded for 112 in Dharamsala. An adamant Rohit vowed to keep India on track in the series. The cricketing fraternity again witnessed Rohit’s ability to pace his innings and go berserk in the end overs at Mohali. As a result, he brought India’s campaign on track with a scintillating 208*. India levelled the series, and later went past Sri Lanka in the series decider.

Rohit’s opening partner, Shikhar Dhawan Man of the Series also climbed up the batting list following his 164 runs (average of 84) in the three ODIs against Sri Lanka. The left-hander moved a spot up to attain the 14th position. 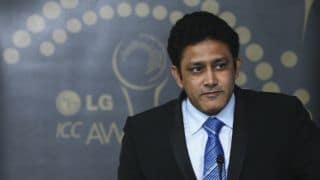 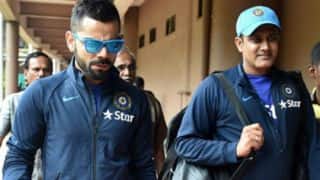