Shastri drew parallels between Rohit and Sehwag based on their beginning as India's Test openers.

Rohit Sharma had a dream beginning as India’s Test opener, amassing 529 runs in the three-match series against South Africa at a staggering average of 132.25. Rohit’s fine run in red-ball cricket saw him climb to the No. 2 spot in the most runs tally of the ICC World Test Championship.

Comparing Rohit to Virender Sehwag, India coach Ravi Shastri, saying the India opener is potentially in the space which Sehwag had once occupied.

“What Rohit Sharma has managed in this series is phenomenal. He took complete control. When someone like Rohit finds this kind of confidence in a format, I’ll only say this: ‘Any opposition will be wary’. He’s potentially in the space that Virender Sehwag once occupied,” Shastri told Times of India in an interview.

Shastri added that the option to walk in as opener was always open for Rohit and that it was always about the batsman making up his mind.

“The options were open for him if he wanted to walk in as an opener. It is something we had discussed a couple of years ago. He finally made up his mind to enter that space,” said Shastri.

Shastri also spoke of Rohit’s ability to score daddy hundreds and how beneficial it will be for India if the batsman succeeds in the long run. “His ability to convert 100s into 200s is something we all know. At the top, if someone like Rohit finds his feet in Test cricket, and with a beast of run-maker like Virat to follow, what else can a team ask for,” Shastri said. 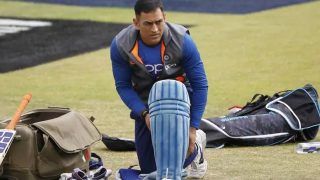 Half the people talking about MS Dhoni can’t even tie their shoe laces: Ravi Shastri 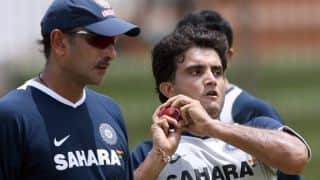