Rohit Sharma not a fan of the “gifted” tag

Rohit Sharma not a fan of the “gifted” tag

Rohit Sharma, who started as a bowler, says he has worked very hard to develop his batting skills.

He has been a successful captain of the Mumbai Indians since 2013 and has lifted three Indian Premier League (IPL) titles in the past. With two back-to-back wins against Kings XI Punjab and Kolkata Knight Riders, batsman Rohit Sharma says he is looking at a good campaign in the Twenty20 cricket championship this time too, especially with the mixed bag of veterans and young blood.

… We have a mixed bag of both T20 veterans and young-blood talent in the team. With this combination of experience and energy, I am confident that we are looking at a good series, Rohit told IANS when asked about his take on Australian paceman Pat Cummins’s back injury and how he sees the chances of his team in IPL with a weakened bowling attack.

Pat Cummins injury is very unfortunate, added the cricketer who captained Mumbai to three IPL titles in 2013, 2015 and 2017 and is currently celebrated as one of the Game Changers in Chandon’s latest digital edition of The Party Starter ™ 2.0 campaign titled The Party Starters .

In the ongoing IPL season, the team has so far played 10 matches and with three losses, they are at fifth spot in the points table currently and are in contention to make it to the play-off stage.

Asked how he plans to strategise on his best team combination, Rohit said: Doing what’s best for your team and making the best use of your playing 11 is what I look at. Often it happens that you don’t use your playing 11 to their best potential; so my focus is to make sure I do.

In the international arena, Rohit is also the first and the only batsman to hit three One-Day International (ODI) double hundreds. He has the highest score in the 50-overs format to his name and his first double was 209 against Australia in 2013.

Many call him a gifted cricketer but Rohit, who wants to leave behind a great body of work , says he is not a fan of that tag.

I m not a fan of that tag because my abilities are something I ve worked very hard to develop. I started off as a bowler. Batting is something I started working on later. Every time I step on to that field, I give it my all and that is what I vow to do till the very end, said the 31-year-old.

On ground he is seen as someone who is very calm and deals with all complications with ease. So is he like that off ground too?

A calm mind is as important as physical fitness in the making of a professional sportsperson. Many people mistake calmness for submissiveness and that couldn’t be further from the truth.

I have realised that being calm is nothing but being extremely focused on what you are doing. You blur everything in the sidelines and concentrate on a target. Training in a sport inculcates this very naturally and it is but natural that it spills over off the ground as well,” said the right-hander.

And probably this is the reason why he thrives on discipline .

While there are no shortcuts to success, each of us is wired differently. I thrive on discipline. But when I am not playing, I also enjoy a night out with friends. The key is to strike a healthy balance and I have a fabulous support system by way of my family, friends and team-mates to thank for this, said Rohit, who is also a doting husband.

The Party Starters campaign salutes people across various genres who have made a difference in their field. The series will delve deep into each achiever s personal and professional journey and educate the viewer on how the brand is the perfect partner for every party moment.

Rohit is thrilled for the campaign and says he would be happy if his story could encourage youngsters to see that if there is will, there’s always a way to realise it .

In today’s fast-paced, time-poor age it is great to see a campaign that takes a step back and takes the time to delve into the back-story. Rather than see it through a unilateral lens of personal or professional topics, it’s the first time that I have been part of a campaign that explores both nuances and how they have shaped me as a person. 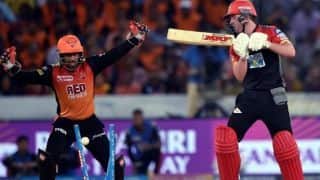