Rohit made it clear that he is more than willing to take up the role full-time provided an opportunity comes knocking.

His blemish-free record makes Rohit a strong candidate in the absence of Virat Kohli, and the Indian opener made it clear that he is more than willing to take up the role full-time provided an opportunity comes knocking.

“Definitely. We have just won so I will surely be ready (for captaincy). Whenever the opportunity comes, I will be ready,” Rohit told reporters after India’ Asia Cup triumph. “It’s a challenge for any team when few of your senior players are rested. Obviously, they will make a comeback and few of the guys will have to miss out. Every team is doing that, and guys also understand that.

“It’s up to them whenever they get an opportunity they make it big and make it count but for us myself as a captain and our coach, we have to make sure that they have the liberty to go out and play their game without feeling any pressure.”

Rohit weighed in on his captaincy, mentioning that his main motive is to give players willing to fight for a place in the team enough chances, something that was evident from the fact that the likes of Dinesh Karthik and Ambati Rayudu ended up playing all the matches for India in the tournament.

“When we came here, I wanted to give them the assurance that they will be playing all games. That’s how you make players. If you know after two games you are going to get dropped, it’s not easy for any player,” he said. “I wanted to give everybody a fair run and play more games. That’s how you understand a player’s capabilities. One odd game, you can’t judge a player.”

India s campaign in the tournament had elements of surprise. Pakistan, considered India s biggest threat, were defeat comprehensively in both the games, while teams such as Hong Kong, Afghanistan and Bangladesh pushed Rohit and Co. their respective matches. After Hong Kong went down with a fight, the India-Afghanistan match ended in a tie before Bangladesh dragged India to the last ball of the match in the final on Friday.

“Sometimes we never look at the opposition when one team has played badly, or it’s been a closed match. You have to give credit to them,” Rohit said. “The way Bangladesh batted and bowled, till the last ball they didn’t relent. Like us, other teams also came here to win.

“Every team will fight. So close matches, last-ball finishes, convincing wins will continue to happen. We have to look where as a team we have made mistakes, what needs improvement. We made few mistakes against Hong Kong, we did better in our next game. Then against Bangladesh.”

Rohit added that a major chunk of his captaincy is inspired by MS Dhoni. Rohit, a three-time IPL winning captain for Mumbai Indians, pointed out that he has learnt from Dhoni the art of maintaining his head in crunch situations.

“We are always learning from MS Dhoni. Whenever face any difficulty on the field or have any questions, he’s always there to guide us,” Rohit said. “He never panics. He takes two seconds before making decisions. I try to imbibe that think and then react. It’s important to take your time. We have learnt this by observing him for years. He’s always ready to giver advices.” 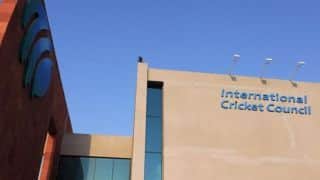 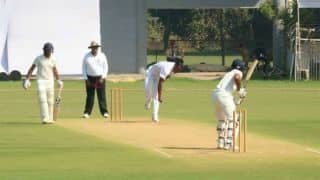