Butt reckons Rohit is a better captain and a natural leader. New Delhi: Following the loss by eight wickets in the World Test Championship final, there have been innumerable questions raised on India captain Virat Kohli’s leadership credentials. While some feel Kohli is not capable of leading the team to an ICC crown, others felt Rohit Sharma is a better captain. Former Pakistan cricketer Salman butt is the latest to have weighed in on the subject. Butt reckons Rohit is a better captain and a natural leader.

“Personally, I feel Rohit Sharma is a better captain (than Virat Kohli). I had observed his captaincy in depth during the Asia Cup (2018). The way he operated as stand-in captain, he looked very natural. Coming back to Virat Kohli, India were on top for five years but sadly couldn’t win the biggest match of all, so people are bound to raise questions,” he said on his Youtube channel.

Recalling the 2017 Champions Trophy final, Butt highlighted the Bumrah no-ball which allowed Fakhar Zaman a reprieve. Butt also speaks of luck playing a part in the outcome at times.

“You can be a very good captain but if you don’t win any title, masses won’t remember you. Maybe you are a good captain and have good plans but your bowler may not be able to execute it. So luck has to be on your side as well,” Butt added.

Meanwhile, Kohli and Co will now get ready for the upcoming five-match Test series against England. It will be a tough assignment for the team. It would be interesting to see the changes that are made in the Indian team. 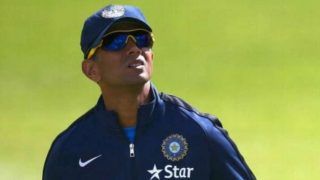