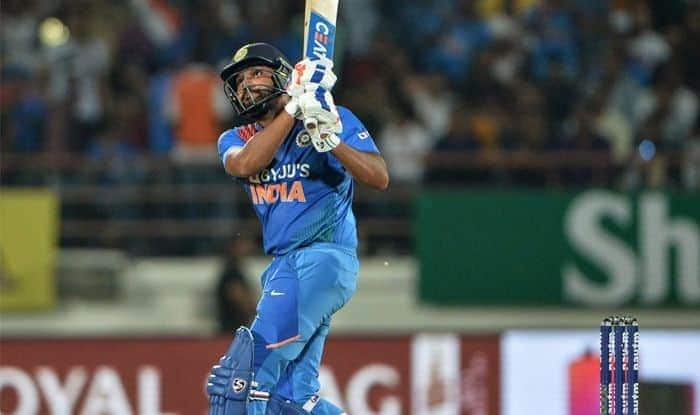 India opener Rohit Sharma on Sunday became the third quickest to 9000 ODI runs against Australia during the third ODI at M. Chinnaswamy, Bengaluru on Sunday.

Not long back, during the second ODI at Rajkot, the 2019 ODI cricketer of the year was the fastest to 7000 ODI runs as an opener. He had reached the milestone in merely 137 innings and surpassed Hashim Amla (147) and Sachin Tendulkar (160).

Sharma has been in ominous form in white-ball cricket since the ICC Cricket World Cup in England last year. During the CWC, he slammed five centuries before India was knocked out in the semi-finals.

Meanwhile, in the Bengaluru decider, Australia won the toss and surprisingly opted to bat first. Steve Smith slammed a brilliant century as Australia registered a challenging 286/9 in 50 overs against India in the third and series-deciding final.

Former skipper Smith brought up his ninth 100 in 117 balls, third against India and got out on 131 from 132 deliveries as he tried to change gears and was caught at deep midwicket by Shreyas Iyer off Mohammed Shami who was India’s best bowler.

Smith’s innings was laced with 14 fours and a six in his innings.

Despite restricting Australia to a score below 300 on what is generally a batsman-friendly track in Bengaluru, India conceded 27 extras.

At the time of filing the copy, India had got off to a good start and were 32 for no loss in the fifth over. 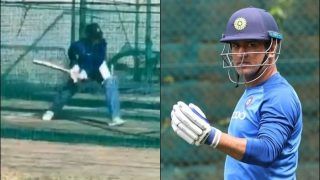 MS Dhoni Has a Practice Session in Ranchi, Getting Ready For Jharkhand’s Ranji Trophy Clash With Uttarakhand | WATCH VIDEO 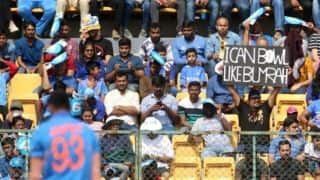