India embarked their cricketing journey in 2018 with South Africa‘s tour that comprised of three Tests, 6 ODIs and three T20Is. India did not have a great run in the three-match Test series barring a few performances and records. India were ‘so close yet so far’ as Vernon Philander snatched the game away from India with his 6-for.

The second Test, debutant Lungi Ngidi ran through India’s batting line-up. He ended with best figures of 7 for 90 to help South Africa win the Test series. The lone battle was played by Virat Kohli who slammed 153. However, India bounced back in the final Test to reclaim the top spot in the Test rankings before the April 2018 cut-off date for next season’s rankings.

As for ODIs, India walked through an inexperienced South Africa side who were without the services of Faf du Plessis, de Villiers towards the end of the ODI series and Dale Steyn. India broke plethora of records during the ODI series:

– Kohli broke plethora of records. He ended with tally of 35 ODI centuries, became the fastest player, in terms of innings, to score 17,000 international runs and scored the most runs in a bilateral ODI series by a player (558).

– Shikhar Dhawan played his 100th ODI and became the first batsman for India to score a century in his 100th ODI.

Keeping in mind the success India achieved against a quality side like South Africa, Rohit Sharma and coach Ravi Shastri believe the current Indian side can win ICC World Cup 2019. Rohit himself has a knack of scoring big in ICC tournaments. In 2013 Champions Trophy, Rohit had scored two fifties, helping India win the tournament. In 2015 World Cup, he scored 137 against Bangladesh.

At the Boria Majumdar’s book launch ‘Eleven Gods and a Billion Indians’ at Taj Lands End in Bandra on Monday, Rohit termed India are favourites to lift the trophy: “I think we can. Under Ravi bhai we have always received the opportunity to express ourselves. For me it just winning, be it home or away. I know there is lot of emphasis on winning games away from home. But we did in in South Africa is an example of how the team will fare till the 2019 World Cup. We want to enjoy the game. We rectified our errors in South Africa and hence we gave an improved performance.”

He further added: “In Tests, I felt we dominated for a good 14 days. We just had one bad day and lost the Test series. But the way we bounced back, it boosted our confidence and would like to carry that to England and then Australia.”

On India’s success in South Africa, Shastri said: “Well before going to South Africa I had mentioned that next 15 months will define Indian cricket team. What India did in South Africa, it makes a coach like me proud. Those 21 days cricket, India lost some close Tests but pendulum swung from one side to the other. A little bit of luck, even Test series could have been ours. But each and every player outplayed in South Africa. They were relentless, we went on to win the ODI series after 25 years. Ask an Australian, West Indian, Englishman how good a side South Africa are. From coaches point of view I just backed the boys. They raised the bar.”

Shastri was part of the winning squad in 1983 World Cup at Lord’s and now would be coaching the Indian team in 2019 World Cup in England. Will life come full circle for Shastri? “Hopefully. Cannot take a backseat from here. The way India performed against South Africa, I think they can compete against any side in the world. And as Rohit said, we can prove ourselves in any condition. We need to play the pitch. 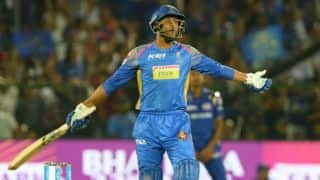 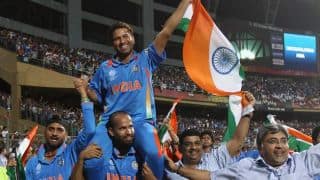