Captain Rohit Sharma shed light on India's recent change in approach in T20Is, the transition after the T20 World Cup last year and his relationship with Rahul Dravid.

New Delhi: Captain Rohit Sharma shed light on India’s recent change in approach in T20Is, the transition after the T20 World Cup last year and his relationship with Rahul Dravid. Ever since Rohit Sharma took over as captain of India in the shorter format, there has been a visible change in the style in which they play T20Is. The Indian team had come under criticism in the past for their restrained approach to the shortest format, but the last two series against England and West Indies have shown that there has been a conscious effort to play a more attacking brand of cricket.

Ahead of the tournament that’s key to preparation for the T20 World Cup, the skipper while appearing on the Star Sports show ‘Follow the Blues’ spoke about the transition since India’s shock exit from the Super 12 of the T20 World Cup last year.

He added, “The team’s goal is important and then obviously parts in it where the individuals come into play and play the role in the team’s success. But whatever the team is trying to do, the individuals need to buy into that thought process and work towards that direction. We have made it very clear after the T20 World Cup in Dubai when we didn’t qualify (for the semi-final). We felt that there needs to be a change in our attitude, in our approach to how we play the game.”

“We had a clear message given to the boys and they were ready to accept that challenge. At the same time, we need to remember that when you are trying to do new things, there will be some failures. It doesn’t mean that you take a step back.”

Since the T20 World Cup last year, India have not been shy with experimenting with their squads. While injury and workload management have played a part in it, Rohit made it clear that he wants to create a strong bench that can be called to do the job when required.

“We play lot of cricket, so there will be injuries and workload management, so we have to rotate players. But it gives our bench strength to go and play the game, which is why we could try so many other guys who are ready to take that international stage and perform.

We want to create our bench strength, we want to make sure that India’s future is in safe hands. That’s the planning that we are trying to have,” said Rohit.

Apart from the change in captaincy, India had a new coach since the end of the T20 World Cup 2021, with Ravi Shastri making way for Rahul Dravid. The bond between the new skipper and coach goes way back to Rohit’s ODI debut when Dravid was the skipper of India at the time.

Rohit elaborated on the relationship between the two and the conversations they have had since taking over the reins of India cricket. He said, “When Dravid became the coach here, we met and sat together in a room for a while and decided how we want to take this team forward. He was pretty much on the same thought process as me. That made it easier for me to give out a clear message to the boys because the coach and captain always need to be on the same page for the team to move in the same direction.”

“One thing we have decided and have in common is we want to send the right messages and we don’t want to create any confusion in the group. That’s something we spoke about and of course, we wanted to change the style of cricket as well. We wanted to play in a certain way in all three formats and he was ready to accept all of that,” he concluded.

Rohit Sharma is now gearing up for his first tournament as the permanent captain, Asia Cup 2022. It comes a full circle for Rohit, who four years ago led India to the same title in 2018 while filling in for Kohli as skipper. India will have one eye on the T20 World Cup as well, a tournament they haven’t laid their hands on since the inaugural edition in 2007. More importantly, Rohit and the coach will be keen to end the senior men’s team’s ICC trophy drought that began in 2013 when they last won the Champions Trophy. 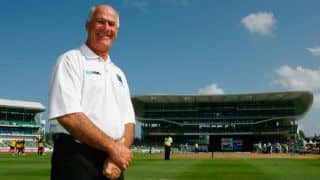