Rohit suffered a fracture in the middle finger of his right hand during England tour.

Rohit Sharma has been ruled out of the India-West Indies One-Day International (ODI) series due to injury. The Indian batsman was injured (the middle finger of his right hand suffered a fracture) during the ODI series against England. The injury kept him away from the Champions League Twenty 20 (CLT20) too, and Kieron Pollard captained Mumbai Indians (MI) in his absence.

“He is doubtful for the West Indies series as he will take another four-five weeks to recover. Our physiotherapists are monitoring his progress. And we are hoping he will be available for the Test series which will start in October,”, a top BCCI official was quoted as saying by The Indian Express.

The first match of the ODI series will be held at Kochi on October 8. 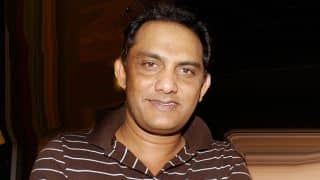 Board of Control for Cricket in India (BCCI) should appoint Virat Kohli as Test captain: Mohammad Azharuddin