Impressed by his excellent run in ODIs and captaincy stint, former India captain Sourav Ganguly has backed Rohit Sharma to make the squad for the Australia Test series in December.

Rohit combined with captain Virat Kohl in a double-century partnership to guided India to an eight-wicket win against West Indies in the first ODI on Sunday. Rohit struck an unbeaten 152, extending his superb Asia Cup form where he he led India to the title.

While Rohi is an indispensable part of India’s limited-overs setup, he is yet to cement his spot in Test cricket. Since making his debut in November 2013, India have played 57 Tests of which Rohit has been part of just 23. His last Test was against South Africa in January where he was dropped after underwhelming performances in the first two matches. He was also overlooked for the England tour and the recently concluded two-Test series against West Indies at home.

“He (Rohit) has gained confidence in his game with time,” Ganguly told India TV on Monday. “In captaincy too, he has proved his mettle. This is the time for the selectors to take Rohit along on the Australian tour for the Test series. He has matured a lot in last two years.”

Praising Rohit for his superlative innings in Guwahati on Sunday where he scored his sixth 150 plus score in ODIs the most by any batsman – Ganguly said Rohit is on par with Kohli. “He is no less than Virat Kohli. He started slow yesterday but anchored the innings and led India to the victory.”

Kohli also scored a record-breaking century, his 36th in the format and now needs just 81 runs to become the fifth India batsman to 10,000 ODI runs.

“Virat Kohli is a great player. Anything is possible for him. In 80s we had Gavaskar, then Sachin came and now we have Virat Kohli. With his impressive strokeplay, he also inspires other batsmen. Kohli is like a diamond in the team. He makes batting look so easy when he comes at the crease,” Ganguly said.

Based on their dominating show in the series opener, Ganguly has backed India to win the series. “It was a fantastic performance. It never felt as if they are under pressure of a stiff target. They easily won the match and I strongly believe they will seal the series too,” he said. 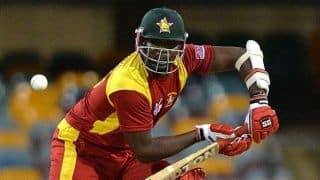 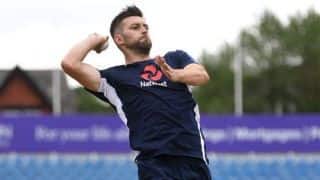