During the knock, openers Rohit Sharma and Shikhar Dhawan pipped David Warmer and Shane Watson to register most 100-plus partnerships in T20Is. 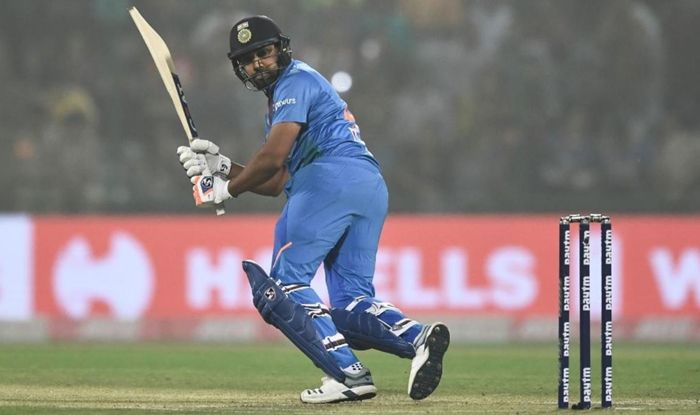 India captain and opener Rohit Sharma smashed his 18th fifty against Bangladesh at Rajkot in the ongoing second T20I game on Thursday. Sharma brought up his fifty in 23 balls which were also his second fastest in the shortest format. His innings was laced with three sixes and six boundaries. Playing his 100th T20I international for the country, he had a dream game as he looked unstoppable in a 154-run chase.

During the knock, openers Rohit Sharma and Shikhar Dhawan pipped David Warmer and Shane Watson to register most 100-plus partnerships in T20Is.

Sharma got hailed by netizens as they reacted after his blitzkrieg:

Normally @ImRo45 speeds up his innings post 50 but today he has done the opposite. BLASTED at the begining as a destructive opener, now playing much responsible as reputed T20 captain. This happens rarely in his game so let’s call it #RohitsParadox.#IndvsBan #RohitSharma

Once he struggled to make his place in playing eleven, now he’s in top 10 of all formats of cricket ODI, T20S, TEST. It’s not luck or coincidence, it’s his caliber and hard work. Work hard success will come to you for sure #RohitSharma pic.twitter.com/grjm6mNGOj

R.O.H.I.T S.H.A.R.M.A when he gets going there no bowler in the World Cricket who can stop him !! Such a treat to watch !#IndvsBan #RohitSharma #WhattaPlayer

A small observation while watching #IndvsBan T20 cricket match today. Why can’t we stop overlooking small factors responsible for Air pollution. Do we really need fire crackers when we have #RohitSharma

Earlier in the day, Indian bowlers kept it tight in the final few overs to keep Bangladesh in check as they posted 153/6 in 20 overs in the second T20 international here on Thursday.

Wrist spinner Yuzvendra Chahal was the pick of the bowlers with figures of 2/28.

Bangladesh were off to a great start riding their opener but once Liton Das (29) was dismissed and the visitors lost the next three wickets in quick succession, India reined in and conceded 41 runs in the last five overs despite Bangladesh skipper hitting a 21-ball 30 (4×4). 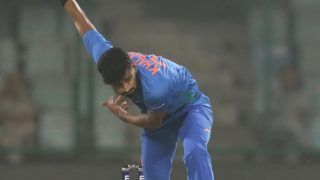