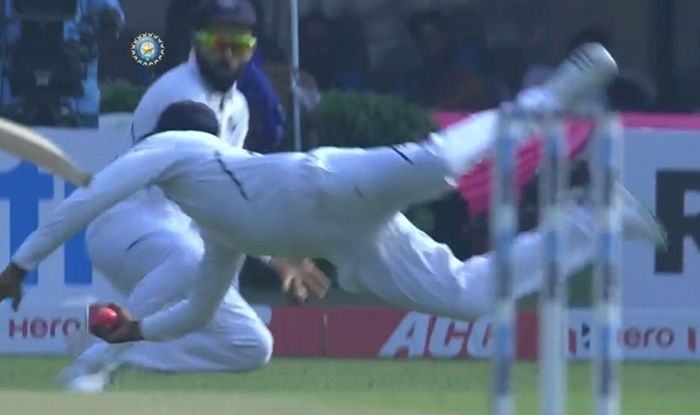 India opener Rohit Sharma brought the crowd alive at Eden Gardens during the historic Pink-Ball Test on Day 1 as he took a brilliant one-handed catch at second slip to send Mominul Haque packing on Friday. Umesh Yadav was the bowler, who bowled the ball at a good length to the left-hander and it tailed in slightly. Haque tried to defend it, but it found the outside edge. Rohit at second slip had to dive across to pull off the catch in front of the first slip where India captain Virat Kohli was present.

Here is the video of the breathtaking catch:

Bangladesh skipper Mominul Haque won the toss and elected to bat against India in the first Day-Night Test at Eden Gardens here on Friday.

Bangladesh made two changes to the team that were thrashed by an innings and 130 runs in the first Test of the two-match series in Indore. Off-spinner Nayeem Hasan and pacer Al-Amin Hossain were drafted in place of Taijul Islam and Mehidy Hasan.

On the other hand, India has gone with an unchanged team.

At the time of filing the copy, Bangladesh was in deep trouble at 26 for four. Umesh Yadav was the pick of the bowlers with two wickets already in his kitty. The other two wickets were taken by Ishant and Shami. 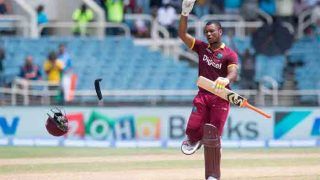 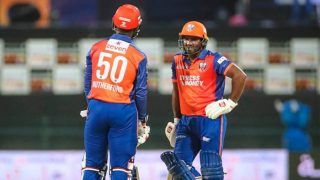