Rohit had captained India to a 3-0 series sweep against Sri Lanka in December 2017.

Rohit Sharma has been phenomenal with the bat this year, but another talent that has come to the fore has been Hitman s leadership skills. After bagging the Twenty20 International series against West Indies with Shikhar Dhawan (92) and Rishabh Pant (58) guiding to hosts to a thrilling victory, Rohit, who led the side in the absence of regular skipper Virat Kohli, created history to become the only captain to have led his side to two 3-0 T20I whitewashes.

Rohit had captained India to a 3-0 series sweep against Sri Lanka in December 2017. I was again mightily impressed with Rohit s captaincy. He is becoming a semiregular at the job, especially in T20 cricket, and handled his troops admirably. He is proactive on the field and has clear plans but isn t afraid to improvise, former India batsman VVS Laxman wrote in his column for the Times of India on Tuesday.

At Chennai in the last T20I, Rohit needed 69 runs to become the highest run-scorer in the shortest format of the game, going past New Zealand‘s Martin Guptill, who has 2271 runs. However, the Mumbai batsman was dismissed for just four.

Rohit, who has been named in the T20I squad for the series against Australia which begins with the first T20I at Brisbane, can certainly achieve the feat, which will be the first time an Indian would be on top of the run charts in all three formats. Sachin Tendulkar already leads the list in Tests and ODIs.

He also continued to bat beautifully, and his fourth T20I hundred in Lucknow was one for the ages. I have seen few batsmen combine power and elegance with such nonchalance, Laxman wrote. 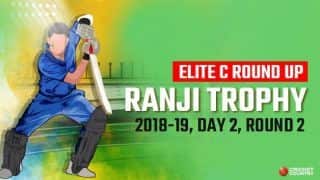 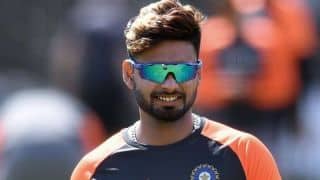