The Test match series between India and South Africa ended on Saturday with the six ODI series starting day after.

India are touring overseas after a long home season in 2017. The Test match series between India and South Africa ended on Saturday with the six ODI series starting day after. This ODI tour will be like a build up for the 2019 World Cup at England and wales. Nine players of the Test squad will be a part of the ODI series.

According to reports in cricbuzz, Rohit Sharma admitted that long overseas tours affect their body in many terms.

“See, yes, there have been talks about going and playing just one format and then going back home,” Rohit said. “But for India it’s never been like that. India has always played the whole series whenever we’ve gone abroad. And, yes, it tends to take a lot out of your body more than anything else.”Whereas it’s different for the overseas teams. They come to India, they play just one format, they go back, get refreshed and come back. Again it completely depends on BCCI, what happens there and what are the talks. But, ideally, we would prefer to just play one format. Go back, refresh, get some time to yourself, think about what you need to do and come back and play another format. But we’re used to it now, doesn’t matter. In a way, it can be good, like you can continue the momentum. Not if you are losing the series, but if you are winning, you’d like to continue as much as possible. We’re players, we have to do what comes from the top,” Rohit said.

Virat Kohli was seen arguing on the same issue when England had toured India and had returned home for a 25-day holiday during Christmas in the period between Test and limited over series.”We should come back for a month as well from England, no point we play there for three-and-a-half months and everything we do is in the media’s eyes, even our off time is scanned. I don’t have any news of them enjoying their holiday in Dubai at all. I would like to see the same thing happen. Either they stay the whole tour or we come back for 25 days as well,” Kohli had argued then.

JP Duminy, however thinks that India will perform well and give a tough fight in the ODI series.

“No. I don’t think [it will affect performance]. I think they’ve accustomed themselves to touring for long periods of time. Every player who plays for a national team prides himself on personal performance. So, you’ll find that guys will – no doubt – perform in this series and will have a point to prove after losing the Test series. So, as I said, it’s going to be hard fought and I’m sure everybody will want to stand up and hopefully want to get counted,” he said.

However, Rohit seems to ignore the time zone issue and the problems team will face due to jet lag (unless this doesn’t become a criteria in yo-yo test). The time difference between India and South Africa is 3 hours 30 minutes which won’t cause much of an issue but when India tours England and Australia they cannot afford returning home as the difference increases to 5 hours 30 minutes. 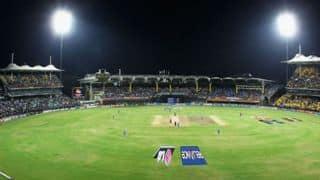