Rohit failed to remember the left-arm pacer's name at the presser but not his efforts on the field.

Mirpur: Claiming that the team has identified the reason for the loss in the first ODI against Bangladesh, Indian opener Rohit Sharma said that the bowlers should take wickets up-front to put pressure on the opposition in the must-win game, here tomorrow.

After conceding 307 runs in the Bangladesh innings, the Mahendra Singh Dhoni-led side crashed to 228 all out and need to win the next match to stay alive in the three-match series.

Rohit, who top-scored with a well-made 63 in the 79-run loss on Thursday, feels the bowlers should strike early.

“The wicket looks quite similar to the first game. Generally the wicket here tends to play similar throughout. Tactically, we need to understand where we lacked in the first game. It’s always important to take wickets up front that is something, which we will be focussing on. To get early wickets. It always builds pressure when you take early wickets that were missing in the first game,” Rohit today said at the pre-match press conference. BCCI to investigate MS Dhoni-Rhiti Sports link

“Their batsmen kept going after our bowlers. We need to get wickets early in the game, which puts a brake on momentum and slows the run-rate. We have quality bowlers and hopefully they can do better tomorrow,” he added.

The much fancied India did cave in against the hosts, but Rohit insists the Men in Blue will come back with better planning in the next game.

“From our point of view, it’s very important that we stick to our gameplan. We knew what went wrong in the first match. We will think about it and when we comeback and play the second ODI. It will be a different Indian side obviously we were trying our best in the first game as well but things didn’t work out.”

“We have got certain plans coming their way hopefully we will try and execute those plans and things will work in our favour then,” said the Mumbai batsman. India mulled challenging Dhoni ban: reports

With lack of partnerships and batsmen getting out to irresponsible strokes, India were guilty of self-destruction after going down post a 95-run opening stand. But Rohit brushes off the failure to chase the 300 plus score as a one-off instance.

“Now, if you look at the history India is the only team that has chased more than 300 many times. India is ranked number 1, when it comes to chasing 300-plus totals. I don’t see why we can’t chase 300. It was one of those incidents where we kept losing wickets in the middle,” he said.

“When you are chasing big scores you need wickets in hand and need that momentum. We didn’t get that momentum which is why we lost by 70 to 80 runs. It’s always important to build partnerships, we couldn’t do that,” he added.

Going into the game with a must-win scenario does take a lot out of a unit, but Rohit denies the presence of pressure in the Indian dressing room. Rohit: India need to play their best cricket to beat Bangladesh

“There’s no pressure, we just need to come and play the way we have been playing. We just have to get our basics right and be a little more aggressive. This is the same Indian team that played in the world cup so I don’t see any reason why we cannot change the results in our favour,” said Rohit.

The Indian bowlers might have missed a trick or two in allowing Bangladesh to get over 300 runs but debutant medium pacer Mustafizur Rahman bagged a five-wicket haul to help the hosts post a convincing win.

Rohit failed to remember the left-arm pacer’s name at the presser but not his efforts on the field.

“No I think you know the guy the left-arm seamer bowled really well he was making full use of the conditions. The conditions worked in his favour. And not to forget that we played some stupid shots in the middle as well. But yeah, you got to give credit to them they bowled according to the plan, really well,” said Rohit.

“Obviously the pressure is always with the opposition when you chase 300. Once we lost a couple of wickets they built the pressure really well and bowled according to the field. So credit to them,” he added. India vs Bangladesh 2015, 2nd ODI at Mirpur: Preview

Reluctant to comment on the team combination for the next match, Rohit said it’s best left to the team management to decide the playing XI.

Not taking Bangladesh lightly, especially after the hammering in the first ODI, Rohit said that they always treated the hosts with respect.

“Every opponent you play you have to treat similarly, its an opposition you need to beat them. You have to earn the victory, any opponent you play you need to be at your best. Bangladesh is no different, its an opponent for us, when we came here, we spoke about how we want to play and how aggressively we have to go against them,” he said. MS Dhoni Biopic: Neeraj Pandey, Sushant Singh Rajput visit Keenan stadium

“We are a professional unit and we are here to win games of cricket. We are not taking them lightly. Hopefully we can change things around,” he added.

Rohit feels that the team and its bowlers should go into the next game with an aggressive mindset.

“We have to mix and match, you can’t just keep bowling the same length again and again. We have to be aggressive, aggressive means we don’t mind bowling bouncers at them whenever it’s required. We have played quite a bit against them, the bowlers have a clear picture in their mind as to what their weaknesses are, they just need to utilise that,” Rohit said.

Talking about his own batting, Rohit said that he believes on playing according to the need.

Rohit also talked about each batsman taking responsibilty to maximise their potential as a team.

“As a batting group its our responsibility that to bat as long as possible and to get the team into a good position at the same time we have spoken about playing aggressive cricket, while doing that you may get out, that’s the nature of the game right now,” he opined.

“If you look at the way cricket is playing today its gone to the next level so I feel its always important for the guy who is batting in the middle, who takes the responsibility of batting for a long period of time. But you know there are times when the batsman is trying to take the game away from the opposition. I am not looking aback at the world cup, we have to look what is happening now.”

“It’s always important to concentrate on what the next games are bringing for you. Partnerhips has always been the key in any format, our main aim will be to build big partnerhsips and it starts from the top order. It’s important that you get big partnerships, and I think that’s what Bangladesh did,” he added.

Rohit also said that the visitors are prepared for any bowling or batting combination that Bangladesh will throw at them in the next game.

“No see, I think no matter what the opposition combination will be we are always well prepared for whatever they want to play, whether three seamers or three spinners. We knew they have got some good seamers going around, they played with three seamers in the World Cup as well. I don’t think its any kind of surprise for us. It’s just that we didn’t bat well. That’s the bottom line.

“We need to be more aware of the situation and conditions. I am sure we have got lot of experience in the dressing room to understand all of that. Hopefully tomorrow will be a differnet game and we can change the things around,” he said.

With India going into the game with a 0-1 trail, Rohit admits that the visitors have everything to lose.

“They like to play on that wicket like that. They have got nothing to lose, India have got everything to lose. We have to be extra careful. We understand that coming to their territory, we are expecting them to play this way. I am sure we will be more prepared in the next game. But that’s not an excuse being a professional unit, we need to be prepared,” he said.

Realising the quality of cricket that Bagladesh have displayed in the first game, Rohit said that the visitors will have to be at their best tomorrow.

Dhoni’s shove did grab the headlines and ‘Captain Cool’ was docked 75 per cent of his match fee for the on-filed collision with Mustafizur while trying to complete a run, but Rohit said that these incidents are best left for the officials to decide.

“No, I mean these things happen every now and then. Its no big deal, it’s a part and parcel of the game. There is no point reacting to it. There are people watching, there is a law in place, law will take its course. It’s better to just let the officials decide what is best for the game,” he said.

Having represented India in 136 ODIs, the 28-yer-old says it’s always a proud feeling to represent your country.

“Playing cricket for your country is the ultimate thing and when you do that you are always confident and for me also its very similar, this is what I dreamt off and to be representing your country is a great feeling,” he signed off. 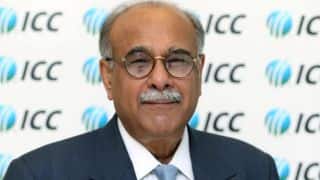 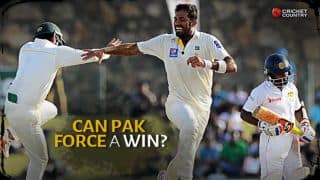