Sunil Gavaskar, the former India captain believes skipper Rohit Sharma has been a phenomenon in the ongoing series against the West Indies. Rohit, who has been appointed captain of the team with Virat Kohli rested, missed out in the first T20 in Kolkata, getting out for 6, but made up for it in the second game in Lucknow, scoring a hundred and paving the way for India s series win.

Rohit s unbeaten 111 was his fourth century in T20Is, making him the leading century-maker in the format. During his innings, Rohit ticked another landmark when he became the India s leading run-scorer in T20Is with 2203 runs at an average that is touching 34. Gavaskar, in his column for the Times of India on Sunday, mentioned that he finds Rohit s appetite for scoring runs similar to Virender Sehwag‘s.

“The standout performer in both the limited overs series and the T20 series has been Rohit Sharma. Like Virender Sehwag before him, he is unstoppable once he gets going and like Viru he has an appetite for big hundreds,” Gavaskar wrote. “When Viru used to get out looking to hit another delivery out of the park, there used to be consternation around the ground, just like it is when Rohit gets out to a seemingly casual shot.

“On a more practical note, the adverse reaction to their dismissals is invariably due to our own selfish desire to see them go on batting and take the attack apart. It is our greed to keep watching them bat that adds to the huge disappointment when they get out. We could go on watching them bat.”

Rohit has been in red-hot form for India of late. During India s victorious Asia Cup campaign, Rohit, leading the side, in five matches, scored a hundred and two half-centuries, tallying 317 runs at a stunning average of 105.66. Then, in the five ODI series against West Indies, Rohit took his performance a notch higher, scoring 389 runs with two centuries and a fifty. His average, a belligerent 128.66 and strike rate 118.96.

Rohit s limited-overs exploits has earned him a call-up in India s Test side for the high-profile series against Australia starting December 6 in Adelaide. Gavaskar feels provided Rohit can continue batting similarly in the long format, he will become an even bigger force to reckon with. “If Rohit can turn his white ball exploits into red ball cricket, he will be the most destructive batsman in the world after Viv Richards and Virender Sehwag,” he said.

With the series lost, West Indies will be eyeing a win in the third ODI at Chennai to end their dismal tour of India on a high. West Indies lost both Tests and ODIs, and despite showing sparks, West Indies have lacked the intensity to finish off games.

“The West Indies’ forgettable tour of India will end in Chennai with the hosts looking to complete a 3-0 win. Though the ICC World T20 champions have been outplayed by the Indians, they will want a consolation win in the dead rubber tie in Chennai. With hardly any competition from the once mighty champions, the Indian players have had a field day with both bat and ball and some have cemented their places in the Indian team,” Gavaskar said. 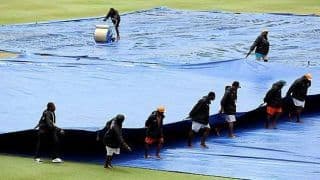 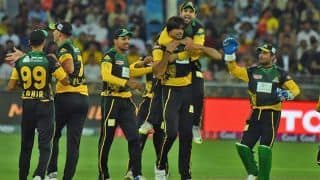