New Zealand skipper Ross Taylor is set to miss the T20s against South Africa, but may sit out for the ODI series as well. 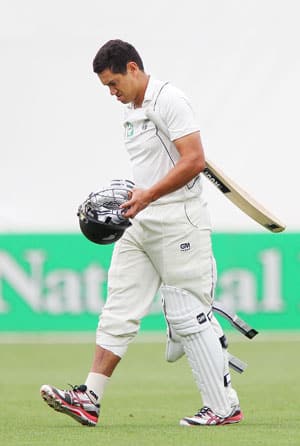 While South Africa make their way to New Zealand for a full fledged series that includes three T20s, ODIs and Tests, speculations about Ross Taylor s fitness continue to hover, as reported by The New Zealand Herald.

The New Zealand skipper tore a calf muscle during his century against Zimbabwe in Napier on January 26. He was set to return to action in the first ODI against South Africa on February 25, which automatically indicated his exclusion from the team for the T20s starting this Friday.

However, there is buzz in the New Zealand camp that Taylor remains on course for the ODIs, provided he is back to full fitness and that no risk is being taken regarding his health.

Meanwhile, stand-in captain Brendon McCullum believes his side is prepared to face the bigger challenger against South Africa and will be riding high on their success against Zimbabwe.

England win toss, elect to bat against Pakistan in the first ODI

BCCI will not change IPL rules for Sahara: N Srinivasan