Ross Taylor's captaincy to be tested in Zimbabwe

Ross Taylor's captaincy to be tested in Zimbabwe

New Zealand's new cricket leadership will be put to its first test during a tour of Zimbabwe, starting Saturday with a Twenty20 international at Harare Sports Club. 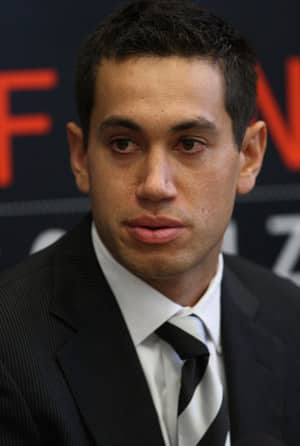 New Zealand’s new cricket leadership will be put to its first test during a tour of Zimbabwe, starting Saturday with a Twenty20 international at Harare Sports Club.

The Black Caps will be led by Ross Taylor after long-serving skipper Daniel Vettori stepped down following the World Cup and the team also have a new director of cricket in former Australia coach John Buchanan.

Vettori is not in the squad which will play two Twenty20 and three one-day internationals, but will return under Taylor’s captaincy for a one-off Test at the end of the tour.

Vettori said after the World Cup he was no longer available for limited overs games because he wanted to prolong his Test career.

New Zealand face what is likely to be a more challenging assignment following the Zimbabwe campaign when they start a two-Test tour of Australia less than two weeks after the Test in Bulawayo.

It is New Zealand’s first tour of Zimbabwe since 2005 and is a continuation of the host country’s rehabilitation as a Test nation.

Zimbabwe withdrew from Test cricket in 2005 at a time of upheaval, which included a player revolt and culminated in the national side suffering six successive heavy Test defeats that year, including two by an innings against New Zealand.

With stability seemingly restored, and leading former players back in the system as administrators and coaches, Zimbabwe made an impressive return to Test cricket with a 130-run win in a one-off match against Bangladesh in August.

But they were brought back to earth when Pakistan beat them by seven wickets in another one-off game last month.

Pakistan’s tour, which had the same six-match itinerary as for New Zealand, provided a sobering reality check for the Zimbabweans as Pakistan won every match.

The home side will hope to improve on those performances against a New Zealand team which includes several inexperienced players..

The New Zealand one-day squad includes 11 of the players who took the Black Caps to the World Cup semi-finals but is missing the retired Scott Styris, Vettori and injured fast bowlers Tim Southee and Hamish Bennett.

Southee has been included in the Test squad.

All-rounder Keegan Meth was named in Zimbabwe’s Twenty20 squad after recovering from a mouth injury suffered when he was hit by a ball during a one-day international against Bangladesh in August but promising fast bowler Brian Vitori is still absent with a shin injury.(AFP)

Test match will commence on November 1 at Bulawayo.