New Zealand captain Ross Taylor feels the pressure of captaincy has not affected his batting in the recent past and says he thrives when put under pressure . 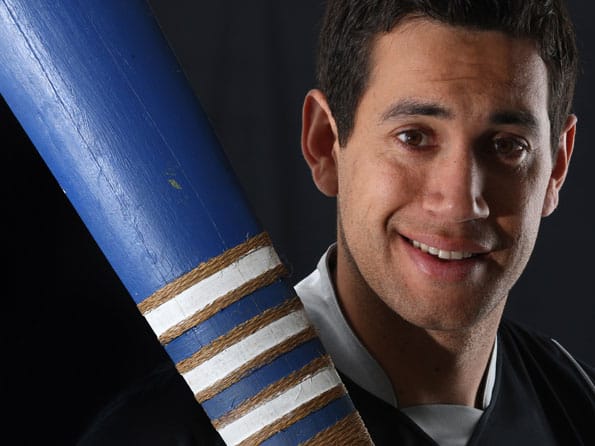 New Zealand captain Ross Taylor feels the pressure of captaincy has not affected his batting in the recent past and says he thrives when put under pressure .

He said, “Not at all. My average since I have been the captain is more than when I haven t been so I think it is good for my captaincy and that extra pressure is something I thrive on.”

Taylor added that though the tourists will miss the services of veteran spinner Daniel Vettori against India, it will be a great opportunity for Jeetan Patel and Tarun Nethula.

He was quoted by BCCI s official website as saying, “Anyone who plays a hundred Tests [will be missed]. We are going to lose a bit [of his experience] from him.

“But it gives Jeetan Patel and Tarun Nethula opportunities. Jeet s played a few Test matches and Tarun is still to make his debut. Am sure both of them will be looking to get out there if they play.”

Taylor feels it will be wiser for the visitors to not look far ahead in the series.

“Not to look too far ahead. [I am] just looking forward to this game here. We obviously have, not bad memories of it [the last match that we played here]. Brendon [McCullum] got 225 here and batted very well,” Taylor said. “We had opportunities [to win] but Harbhajan [Singh] batted very well and took the game away from us. But it is a different time of the year, [the weather] is bit more like New Zealand, it is a bit cooler and hopefully it will continue to stay that way.”

Taylor said India is a familiar place for Kiwi players as they have the experience of playing in the Indian Premier League (IPL).

He said, “We are looking forward to it. It s a quick turnaround from the West Indies. We didn t play as well as we would have liked.

“India is a familiar place for a lot of us and we play well here so we are looking forward to it.”

The Kiwi captain is not too worried about not playing any warm-up matches ahead of the crucial Test series.

He said, “We did play a warm-up game when we came here two years ago and drew the Test.

“We have got a busy schedule and the Indian net bowlers are very good so we played a Test match only a week and half ago so that s good enough warm-up in itself.”