Royal Challengers Bangalore have roped in Black White Orange Brand as their global licensing partner, along with Status Quo as their knitwear brand.

When it comes to the Indian Premier League (IPL), Royal Challengers Bangalore (RCB) is one name which comes to most of the cricketing fans minds. Owing to their star power like Chris Gayle and AB de Villiers, along with Indian skipper Virat Kohli, RCB has earned a good name for itself, except for an IPL title. Nevertheless, their success story continues with immense fan base. Meanwhile RCB, which is owned by Diageo, is now exploring the options of retail merchandising. They aim to increase their revenue by dealing in retail merchandising of their products globally, a business strategy dealt only by few of the most successful football clubs around the world.

It is being reported by the Economic Times that the RCB have roped in Black White Orange Brand as their global licensing partner, along with Status Quo as their knitwear brand. Black White Orange is reported to expand the merchandises with figurines, mobile covers and school products in the upcoming months. It is also being reported that the first retail merchandise product to hit the stors would be fashion apparels, along with t-shirts. Status Quo is expected to manufacture around 20,000-25,000 pieces of merchandise in 2017, while in 2018, it would expand to 40,000-50,000 pieces.

RCB Chairman Amrit Thomas said, While the IPL season is over, the journey is not. And we want to build RCB as a lifestyle brand, which remains relevant throughout the year and not just during the two months when IPL is on.Each of our designs are an extension of the team s fearless and bold attitude which resonates with the youth of today.”

Former cricketer Jatin Paranjape feels, It s an on-demand economy. Fans love to consume sport and want to access part of their heroes. Football clubs internationally have proved the business model successfully. Fans are ready and leagues are there. This sports merchandise business will soon take off. And you look at the headroom there is, if the pricing is right.”

Meanwhile, Black White Orange Brands CEO Bhavik Vora said, Cricket is one of the biggest attractions in India and IPL is one of the biggest sporting events in the world. Still, nobody has exploited sports merchandising properly. With RCB, we have big plans. It is one of the most popular teams and it s the right time to extend this franchise to various touch points. Our extensive merchandise programme will include apparels, figurines, mobile covers, and back-to-school products. We are looking at exploring 10-12 different categories.”

Also, Status Quo Director Bobby Arora said, The fan following for RCB team is phenomenal and we are expecting the fans would give a similar response to the apparel collection. This is the first time any brand has done an official lifestyle fashion apparel collection for a team and we are really excited to see how our customers will react to the collection. 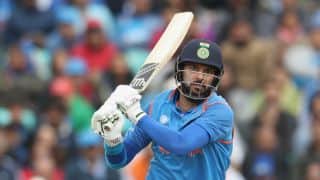 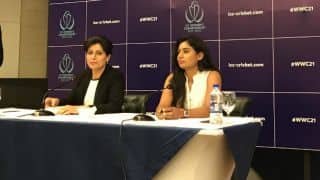