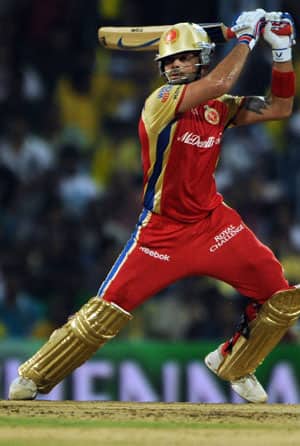 Virat Kohli have so far disappointed in the tournament, scoring just 129 runs from seven games, and the right-hander would be desperate to hit form and silence his critics sooner than late AFP

Both RCB and CSK have hit form after a slow start to the tournament. While RCB has registered three back-to-back wins after a few defeats, CSK will be riding high on confidence following victories over Pune Warriors India and Rajsathan Royals in their last two matches.

And the hosts, who would be desperate after the last-over loss to CSK in the away match, have the ammunition to dismantle the visitors’ fort at home conditions.

RCB, who lost to CSK and Rajasthan Royals in a row, have improved a lot as the tournament progressed, winning three games on the trot and would be hoping to continue their unbeaten stretch.

IPL 2012: Rain delays the start of RCB-CSK match at Bangalore