The Bangalore bowlers kept a tight grip on the Mumbai batsmen in the IPL 7 match.

Royal Challengers Bangalore (RCB) restricted Mumbai Indians (MI) to only 115 for nine in the Indian Premier League (IPL) 2014 on April 19. It was a poor batting effort by the Mumbai batsmen in the IPL 7 match. Bangalore captain Virat Kohli had won the toss and elected to field first. Ambati Rayudu top-scored with 35 runs off 37 deliveries. Corey Anderson was the next highest scorer with 18 runs. Yuzvendra Chahal, Mitchell Starc and Varun Aaron took two wickets each.

Chris Gayle was ruled out of the RCB line-up as he had not recovered from his back issue. So, Bangalore went with an unchanged side that beat Delhi Daredevils in their first match. Mumbai made one change as Jasprit Bumrah came in for CM Gautam.

It all started on a poor note as there were two dropped catches. Michael Hussey was dropped in the first over by Chahal at point. Starc bowled a full delivery and Hussey drove straight to Chahal, but he did not manage to hold onto it. To run salt on the wound, Hussey cut a short and wide delivery for a four. In the second over, Tare also got lucky.

Albie Morkel bowled a length delivery outside off-stump and Tare edged it to Nic Maddinson at first slip. But the Australian dropped a knee-high length delivery. Hussey then pushed one through cover for another four. But Morkel then struck in the fourth over. He bowled a back of a length delivery and Hussey pulled it straight to Chahal.

The sixth over bowled by Morkel was a very good over for Mumbai as 18 runs came from it. Rayudu came down the ground and hit one towards mid-wicket for the first four in the over. Tare then pulled a slow bouncer towards deep mid-wicket for the second four. Morkel then bowled a loose delivery outside off-stump and Tare drove it over cover for the third four.

Morkel then bowled a wide delivery down the leg side and it raced away for a four. Varun Aaron then dismissed Tare for 17 off 18 deliveries. He digs one in short and Tare mistimed his pull. Maddinson took a simple catch at deep backward square-leg. So, Chahal and Maddinson took catches of batsmen they had dropped earlier in the innings.

Things got worse for Mumbai as captain Rohit Sharma was dismissed by leg-spinner Yuzvendra Chahal. Rohit hit a half-hearted shot towards long-off where AB de Villiers took a simple catch.

Kieron Pollard was promoted higher in the order. But he did not get height behind a lofted on-drive and Sachin Rana took a good catch at long-on. That gave Chahal his second wicket after he had dismissed Rohit. Aaron bowled a short delivery and Anderson went for the pull shot. But only gets a thick edge that falls in-between long-off and long-on and went for a four.

Aaron then bowled another short delivery and Anderson played the hook shot. He got a slight top-edge and the ball went to the fine-leg region for a four. Kohli displayed his excellent fielding skills and almost ran out Rayudu.

Rayudu and Anderson fell in successive deliveries in the 17th over to compound Mumbai’s plight. Starc bowled a full delivery and Rayudu came down the track and hit it to de Villiers at deep extra-cover. The batsmen had crossed and Anderson was on strike for the next delivery. He got under-hit a length delivery and Kohli took the catch at long-off.

Starc though did not get his hat-trick as Harbhajan Singh edged it on the bounce to Parthi Patel behind the wickets. Zaheer Khan fell for a duck as he hit one from Ashok Dinda towards long-on as Rana took his second catch. Aaron bowled the 19th over and dug one in short. Harbhajan flat-batted it over the mid-off fielder for a four.

But bowled a straight delivery and Harbhajan played across the line and missed. He got bowled after scoring eight runs. Lasith Malinga was run-out in the 20th over for two runs. 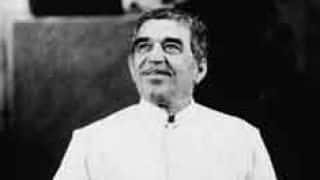