Catch all the interesting statistical insights from the Bangalore vs Punjab match here.

# Punjab have won nine and lost five out of 14 played against Bangalore – success rate 64.28 per cent.

# Punjab could total 107 for three after the first ten overs – the most registered by a team in the IPL 2014.

# Punjab registered their third highest total vs Bangalore in the IPL – their highest being 232 for two at Dharamsala on May 17, 2011.

# Punjab (198 for eight) have registered the highest total by any team against RCB in the IPL 2014.

# Sehwag and Mandeep have shared a stand of 60 for the first wicket – the highest opening stand for Punjab in the IPL 2014, eclipsing the 51 between Cheteshwar Pujara and Sehwag against Hyderabad at Sharjah on April 22.

# Gautam Gambhir and Virat Kohli have recorded most ducks (three) in the IPL 2014. 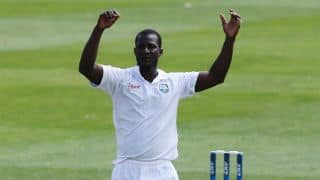