Both Royal Challengers Bangalore (RCB) and Mumbai Indians (MI) have played three matches each. RCB have won only one, while MI have been victorious twice.

Indian Premier League (IPL) season 10 has already engaged record viewership in its initial phase and there is much more up for grab for the followers of the T20 league as India Captain Virat Kohli finally joins the Royal Challengers Bangalore (RCB) side. Overcoming his injury which he picked during the third India vs Australia Test, Kohli will make his presence felt to bring together RCB which has so far looked like anything but a team. With big stars like AB de Villiers, Shane Watson all present with their good form, RCB will be the clear favourites at the M Chinnaswamy Stadium in the first game of Friday s double-header. However, snatching victory from Rohit Sharma s Mumbai Indians (MI) will not be as easy as it may sound. Full Cricket Scorecard, Royal Challengers Bangalore vs Mumbai Indians, IPL 2017, Match 12

Though they left the global audience stunned with a great performance that took them to the final of IPL 9, RCB lacked balance in the team. The unit had, and still has, a heavy batting but a comparatively weaker bowling line-up. Chinnaswamy being a scoring ground, it makes the job easy for those like Chris Gayle, de Villiers and Kohli to pile up runs but the bowling has time and again failed to match up to the level, resulting in defeats. RCB have been overly dependent upon individuals for season after season and this year there is very little change in that scenario. Their previous match was a one man show by experienced de Villiers which resulted in a par total which the bowlers failed to defend. The team has failed to click together on multiple occasions over the years and that is what Kohli will have to bring in as he arrives.

Kohli s own performance will be another matter to watch out for. After many predictions of the Australia-basher saving the best for the last of India s long Test season, Kohli s performance was not up to the mark he has set for himself. There will be pressure on him to switch from the very first game that he plays but knowing that he is a performer who shines under pressure, Kohli fanatics might see their hero pull off a stellar show at the Bangalore ground, which can be safely labelled his second home now.

Coming to RCB s bowling, consistency has been an issue with the players. RCB put a lot of money on Tymal Mills and he has been consistent, for a change, for the team. Another name was Yuzvendra Chahal, who emerged as one of the highest wicket-takers of the tournament the previous season. However, he has not been as effective with wickets, though has bowled economical spells. RCB are yet to find a second pacer with Mills. They opted for Billy Stanlake who shone in one match but failed in the following. They have a young option in Avesh Khan, who did exceptionally well for India Under-19s. Watson will be the third name in the contingent. For spin, Chahal will be accompanied by Iqbal Abdulla.

The best part of MI s side is the balance in the side. The bowling and batting both have stepped up from time to time if the other has failed. The Mumbai batting line-up contributes together towards the total but there is one player who has grabbed limelight with his consistent performances and he is Nitish Rana.

As for their bowling, the Pandya brothers, Krunal and Hardik, have formed a good pair, together affecting quite a few dismissals in MI s journey so far. Jasprit Bumrah is another consistent performer with the ball and will be MI s frontline pacer with Lasith Malinga adding his bit of experience to the attack. Harbhajan Singh s double strikes were among the highlights of their previous match and the player is sure to lead the attack.

Story so far: Both teams have played three matches each in this season. RCB have won only one of their three while MI have won two.

Advantage: MI will be ahead in the mental battle as they have defeated the reigning champions Sunrisers Hyderabad (SRH) in their last game. RCB will definitely enjoy the home advantage. 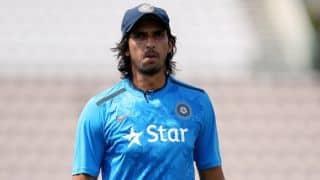 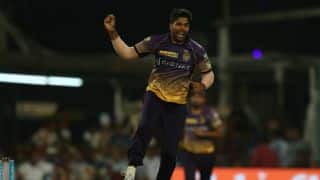 IPL 2017: Conditions were in favour of pacers, says Umesh Yadav after KKR's win over KXIP