MI will be depending a lot on Harbhajan Singh and Lasith Malinga to contain the mercurial RCB batsmen.

The two, however, have shown the ability to find form to turn match-winners. The visitors will be depending a lot on this pair to contain the mercurial RCB batsmen. However, for all the peering at the crystal ball, the weather could still have a final say in Sunday’s outcome. The past week has seen rains every evening and the excellent drainage at the M. Chinnaswamy Stadium here notwithstanding, both teams will be hoping to get a full game with Mumbai Indians trying to open their account and RCB looking to get some momentum in their campaign. LIVE SCORECARD: Royal Challengers Bangalore vs Mumbai Indians

Going by the statements of Mumbai Indians skipper Rohit Sharma, the team is still to find a winning combination and balance and they can ill afford to lose many more matches if they hope to make it to the playoffs, though it is far too early in the tournament to look that far ahead. RCB vs MI Free Live Cricket Streaming Online on Star Sports: IPL 2015 at Bangalore 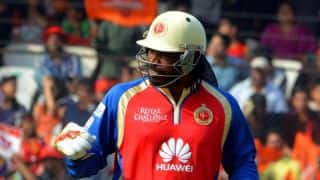 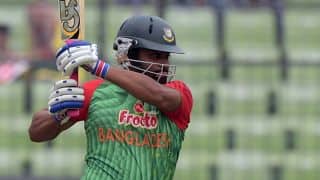