Though intermittent rains that resumed late afternoon threatened to delay the match, they halted hour before the match began at 8 p.m.

Though intermittent rains that resumed late afternoon threatened to delay the match, they halted hour before the match began at 8 p.m., as dark clouds melted away, giving respite to about 20,000 fans who trooped into the stadium for an exciting encounter on a cool and windy night. Full Scorecard: Royal Challengers Bangalore vs Sunrisers Hyderabad

“It’s a great relief the rain has stopped ahead of the match giving us enough time to dry the outfield and start on time under salubrious climate for which this garden city is famous,” a Karnataka State Cricket Association (KSCA) official told IANS in the pavilion. Highlights:”RCB vs SRH

As the craze for the eighth edition of the IPL tournament built-up, organisers claimed that all tickets were sold out for the 40,000-capacity stadium. Pre-monsoon showers since Saturday, however, kept the ground staff busy covering the pitch and officials on tenterhooks, as the met office predicted more rains playing spoilsport. IPL 2015: Complete Coverage 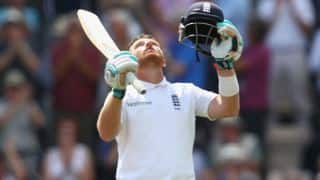 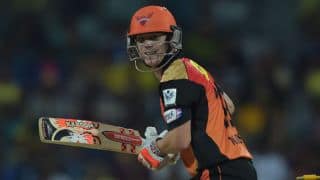