Injury-prone fast bowler Ryan Harris has said that he will not let a sore hamstring from stopping him play. The Australian played in four consecutive Test matches for the first time in his career in the recently concluded Ashes 2013 series. 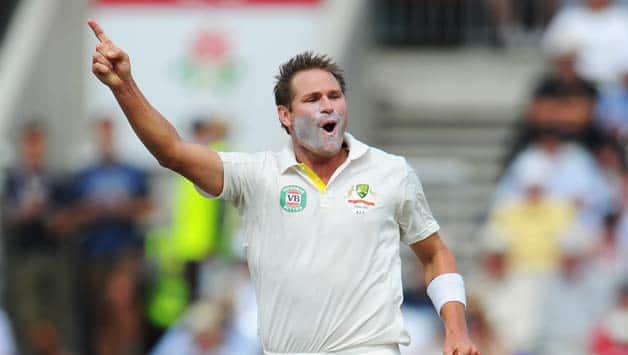 Injury-prone fast bowler Ryan Harris has said that he will not let a sore hamstring from stopping him play. The Australian played in four consecutive Test matches for the first time in his career in the recently concluded Ashes 2013 series.

Harris was Australia’s leading bowler in the series with 24 wickets, but could not prevent England from winning 3-0. He returned to Australia on Thursday and will have a scan to asses an injury he sustained during the fifth Ashes Test at The Oval.

He has had a series of injury issues including a left ankle fracture, chronic knee problem, back strain, hip pain and an Achilles injury since he made his Test debut for Australia in 2010. But Harris is not about to let those issues hamper his career any more.

“It’s not as bad as I thought,” Harris told as reported by Reuters. “I’m confident it’s not major, I barely felt it. I was really looking forward to getting through this series and playing as many games as I could and then playing with the Brisbane Heat guys.”

The Heat will play in the Champions League Twenty20 (CLT20) competition in September and Australian fans might not see Harris in action in India, especially with the return Ashes series beginning in November.

Harris was the second leading wicket-taker in the Ashes behind England’s Graeme Swann, but played one match less. He showcased his importance to Australia in the fast bowling department and will be expected to do the same at home to regain the urn.

His participation in the Indian Premier League (IPL) 2013 was cut short due to the Achilles injury and Harris discussed on whether to play or skip the CLT20.

“I need to keep going. There’s been discussions as to whether I should be going due to injury concerns. But I’m going to be bowling here anyway so I might as well do it in games,” Harris added.

Harris now has 71 wickets from 16 Test matches, but he was disappointed in not being able to win the Ashes.

“To get through four Tests and perform was good but at the end of the day, the results were bad. The good thing is they come back here in November and we can try and get the urn back then,” he concluded.