Australian pacer Ryan Harris said that the T20 and seven-match ODI series against India is not the ideal preparation for the Ashes 2013-14. Harris felt, Australia could’ve avoided the series. 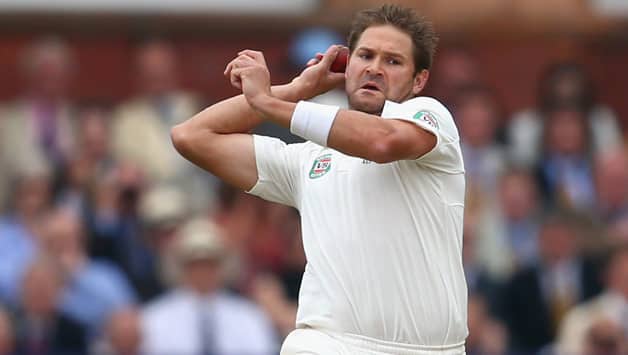 Australian pacer Ryan Harris said that the Twenty20 and seven-match ODI series against India is not the ideal preparation ahead of the Ashes 2013-14.

“We can’t sort of say no to India. The ICC schedule games and that’s what we’ve got to do. It’s not ideal but as long as the guys are still playing and hitting the ball, I don’t think it’ll be a massive problem. I think there’s two Shield games they may get before the first Test so it’s not as if they’re coming off nothing. They’ll cope ok,” Harris was quoted as saying by the Australian Associated Press.

Harris aims to hopes to improve his fitness and play for Australia in all the five Tests of the Ashes 2013-14 starting from November 21.

The fast bowler — prone to injury — had picked a hamstring strain towards the end of the final Test at The Oval in the Ashes that concluded in July.  “I probably had two weeks off bowling and I’ve been back at the gym getting my strength back up, so everything’s on target. We’re just in process of planning out exactly how many games I’m going to play and what the process is going to be leading into that first Test,” Harris was quoted as saying by Australian Associated Press.

“There’s plenty of cricket between now and then, which is great, so I’ve got a good chance to bowl lots of overs,” he added.

Harris was the leading wickettaker in the Ashes with 24 scalps from four Test matches. “When I went to England, I was aiming to get through five and I got through four. Obviously form will play a part in that as well — but I’m definitely aiming to play five,” said a confident Harris.

In order to regain full fitness, Harris is not touring India for the T20 and seven-match ODI series, Instead, he is focusing to make a comeback in the Ryobi Cup and Sheffield Shield. “We’re working out a plan as we speak. The physios are in charge of how much I go and what I do. We had a great lead up to the Ashes series in England and I think we’re going to follow the same sort of path,” he said.