Ryan Harris' highest Test score held up the West Indies as, at lunch on the fourth day, the last three Australian wickets had added 116 to reduce the home side's lead to 83 runs in the first Test. 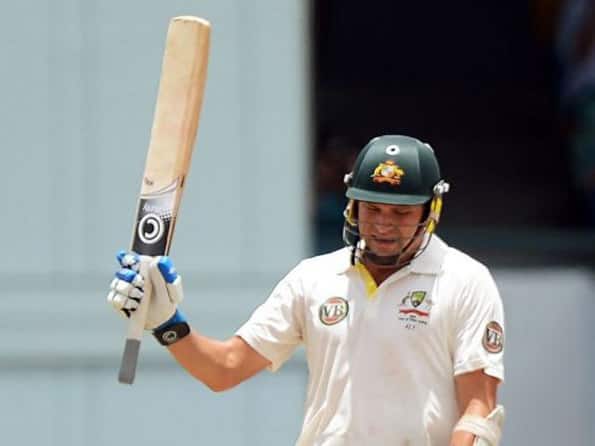 Ryan Harris’ highest Test score held up the West Indies as, at lunch on the fourth day, the last three Australian wickets had added 116 to reduce the home side’s lead to 83 runs in the first Test.

The tourists recovered well from losing two early wickets to end the morning session on 366-9 mainly thanks to Harris.

It looked as though the West Indies would have a commanding first innings lead when, just as they had on the third day, they broke through early on.

They hadn’t taken the new ball the previous evening because of the poor light but Fidel Edwards had it in his hand first thing on Tuesday.

In the fourth over Mike Hussey drove at a ball from Kemar Roach that found the edge and Carlton Baugh dived across in front of first slip to claim the key wicket.

It was a good take as the ball probably wouldn’t have carried to the slip fielder. Hussey had scored the only run of the day at that point and Australia had still not saved the follow on.

It was soon clear what the West Indies plan was to Peter Siddle as he received several deliveries aimed at his ribs.

He started to duck the second ball that he received from Fidel Edwards but it didn’t climb as high as he’d anticipated. As he adjusted the ball looped off the bat where Kirk Edwards took another fine catch in the gully.

Harris played positively from the start of his innings and soon caught up with Matthew Wade’s total as the pair added 35 useful runs for the eighth wicket.

The Australian ‘keeper fell for 28 in his first Test innings when he took a wild drive at a wide Fidel Edwards ball that Darren Bravo took easily at second slip.

Wade turned around and took another swipe with his bat but this time towards the stumps as he showed his frustration at getting out.

Not since 1999 has the West Indies had a first innings lead against Australia and, batting first and with only 3 wickets left Australia was trailing by 199 runs.

However, Harris and Ben Hilfenhaus played gutsy innings as they gradually reduced the deficit.

Harris passed his top score in Test cricket, made in his last innings against India in Adelaide.

The ninth wicket partnership of 44 was finally broken when Hilfenhaus, on 24, played an extravagant shot across the line and Roach’s delivery took out the middle stump.

With nine wickets down at the scheduled lunch break a further half hour was taken to make it a three hour session.

Harris and Nathan Lyon saw it out and their last wicket partnership is already worth 37 runs. (AFP)

IPL 2012: Team has been boosted by the return of Kevin Pietersen and Jayawardene, says Sehwag