Ryan Harris doesn't expect to be a part of the World Cup as he hasn't played ODIs for 2 years.

Veteran Australian paceman Ryan Harris is not expecting to be selected in his side’s One-Day International (ODI) squad for the  ICC World Cup 2015, despite his antics at the Melbourne Cricket Ground (MCG) in the third Test against India. Harris said that he would have loved to have played in the World Cup and been a part of it, but claimed that he hasn’t been mentioned in the team.

If Harris has not reportedly been named in Australia’s confidentially kept 30-man squad, he can’t then be considered for the final 15-man team to be announced on January 11. Harris revealed that he expects selectors are going in a different direction. He added that he has not spoken or had any conversation with the coach or captain or selectors, which is fine with him.

The paceman said that he would have loved to have been a part of the tournament but having said that, he claimed that he has not played one-day cricket in two years so the guys who have been mentioned, Mitchell Johnson, Mitchell Starc, Josh Hazlewood, and Pat Cummins are far out. Harris claimed that it is all well and good to say that he wants to be there, but added that he has got to be playing to show that he can play one-day cricket. Ranji Trophy 2014-15 Round 4, Tripura vs Goa: Match drawn as Goa sit at bottom of table 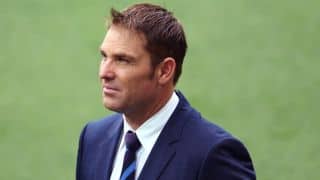