Ryan Harris wants to follow Brett Lee's lead and become a playing mentor for the next generation.

Veteran Australian pace bowler Ryan Harris has claimed that he wants to follow in the lead of former pace spearhead Brett Lee, who recently announced that he would retire following the end of this year’s Big Bash League , and mentor young guys in the game. Lee is hanging up the boots but Harris wants to follow his lead and become a playing mentor for the next generation, as the paceman enters what could be the final year of his international career.

Harris was impressed by Lee continuing to play domestic cricket after his international days were done, working with players who are now anchoring Australia’s Test attack, News.com.au reported. Harris, who has already had a coaching experience with the Australian A side, said that he is not sure how long he would play but added that he would like to go back to what Lee did and mentor young guys and help them out.

Harris claimed that in first-class cricket one still has to make sure one is performing to stay in the team but added that it would be great to do. Harris’ preparation for life after cricket took a significant step forward this week when he signed with Fox Sports to work during their World Cup broadcasts. He said that he really enjoys the commentary work with Fox and added that if he can’t play in the World Cup that would be the next best place to be.

Harris has marveled not just at Lee’s potency but his longevity as well, saying that they talk of greats and he puts Lee in that league. Harris claimed that Lee bowled fast and growing up watching him, he wanted to be like the former pace spearhead. He claimed that he wanted to bowl fast, adding that Lee has made a big contribution playing with guys like Pat Cummins, Mitch Starc and Josh Hazlewood and has been able to help them out. 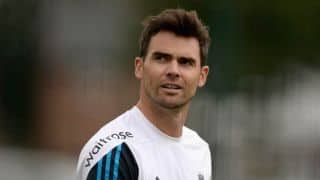 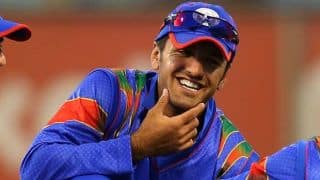