The temperamental speedster was arrested on charges of alleged spot fixing.

Former India fast bowler S Sreesanth, who is currently facing trial for spot fixing in a Delhi court, is certain that he will return to full-fledged cricket.

The temperamental speedster was arrested on charges of alleged spot fixing while playing for Rajasthan Royals in the 2013 Indian Premier League (IPL) and is currently out on bail.
The case is currently being heard in a court in the national capital and after getting positive vibes from the court Friday like ‘why was he arrested and where are the evidences against him’, Sreesanth told reporters that he always said he had done no wrong.

“I am so happy with what has happened today. I had said many times that I have done no wrong. I am so fortunate that all along my parents, my family, my wife and friends always stood by me. I am sure I will be able to return to cricket,” said Sreesanth.

“I have no complaints against anyone and all what I want now is to return to cricket,” added Sreesanth, who is currently in Delhi.

Soon after his arrest, the Board of Cricket for Control in India’s (BCCI) disciplinary committee came down heavily on Sreesanth, slapping a life ban on him along with others involved in the spot fixing and betting scandal that rocked the 2013 edition of the IPL. 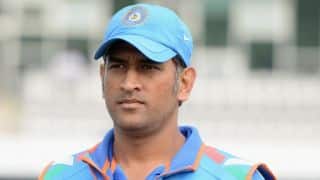 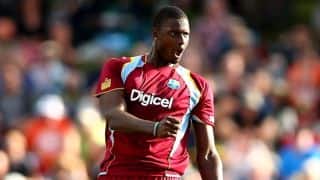