S. Sreesanth had contested the May 2016 Kerala Assembly elections on a Bharatiya Janata Party (BJP) ticket from the prestigious Thiruvananthapuram seat and finished third.

Tainted Indian speedster S. Sreesanth, who was expecting to return to cricket, was dealt a blow when the Board of Control for Cricket in India (BCCI) denied him an NOC to play in the Scotland Cricket league. According to a source in the know of things and who did not wish to be identified, BCCI has refused to give Sreesanth an NOC. This committee was headed by now Union Minister of Finance Arun Jaitley, when the probe was conducted by the BCCI internal committee. In 2015, a Delhi court exonerated him and two other players in the case registered by Delhi Police which invoked the Maharashtra Control of Organised Crime Act (MCOCA).

“The BCCI has an internal mechanism and it was their disciplinary committee which slapped a life ban on Sreesanth after conducting its own probe in the Indian Premier League (IPL) match fixing case in which he was arrested in 2013. The BCCI is the final word when it comes to lifting of bans,” claimed a source. Sreesanth, who hails from Kochi, shuttles between Mumbai and his hometown as he is barred from using any cricket facility or even take part in any matches that has the approval of BCCI. He keeps himself fit by using private facilities. The last time he was in the news was when he contested the May 2016 Kerala Assembly elections on a Bharatiya Janata Party (BJP) ticket from the prestigious Thiruvananthapuram seat and finished third. Ravichandran Ashwin rides Chennai metro to reach home amid Jallikattu unrest

With regard to the case, Delhi Police has filed an appeal against the lower court’s verdict. Sreesanth, the second Keralite to represent the country, played in 27 Tests taking 87 wickets, and picked up 75 scalps from 53 One-Day Internationals (ODIs) and seven wickets from 10 T20Is. 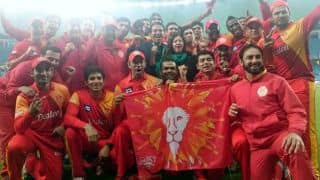 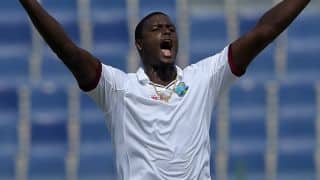